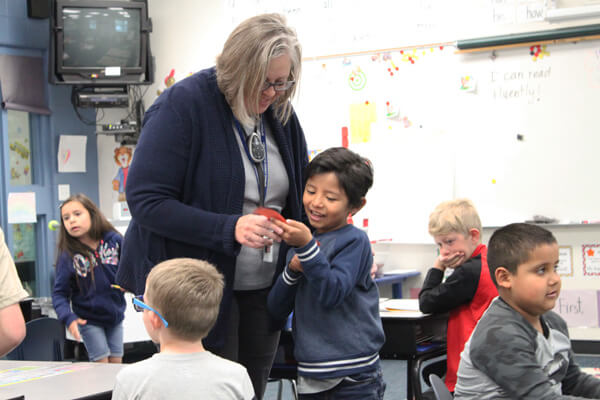 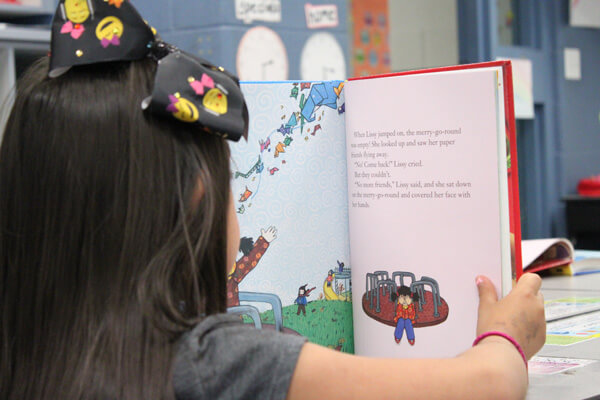 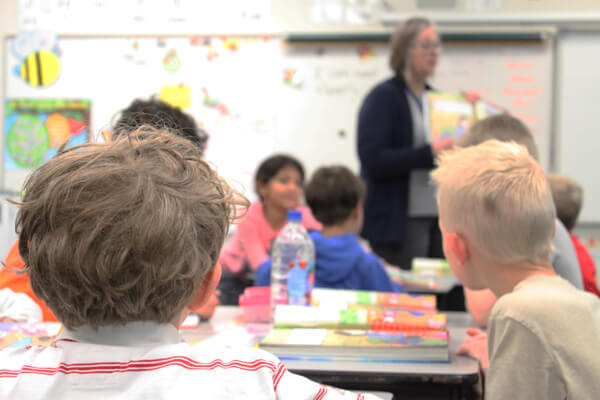 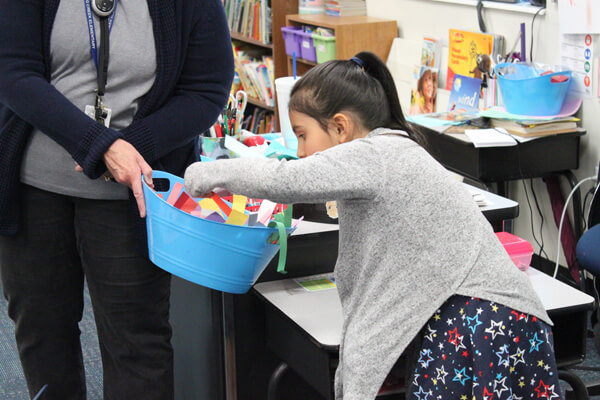 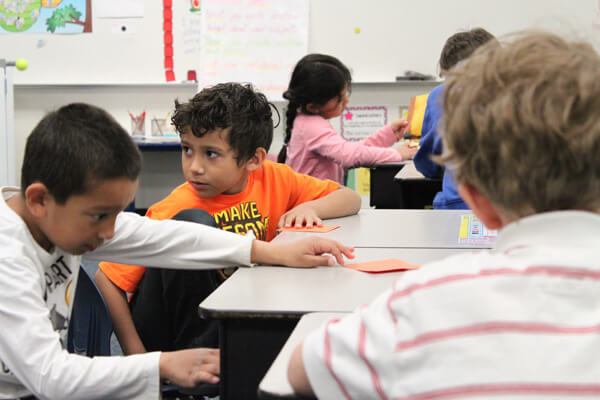 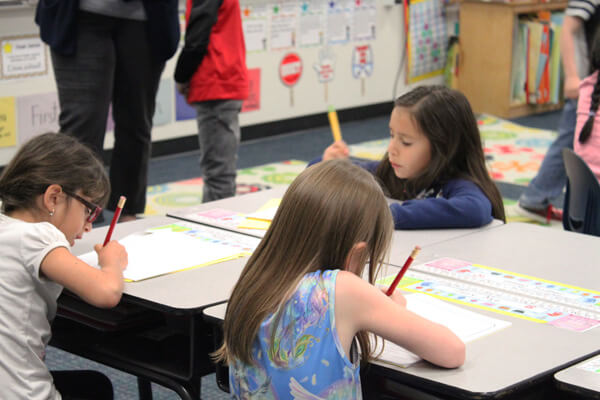 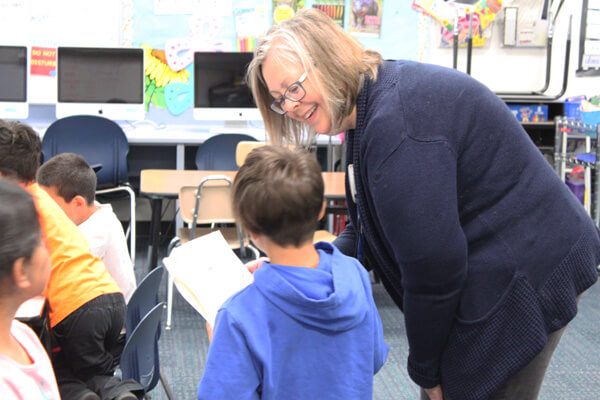 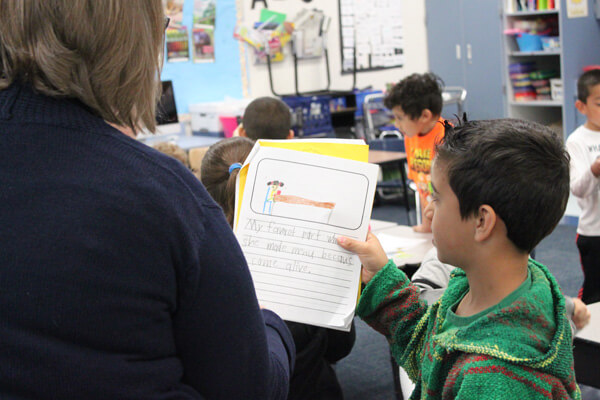 Using a picture book about origami, Mrs Martinez had the class follow along as she read aloud. As she read, the class paused for difficult words so they had a chance to sound them out. After they had finished a page of the book, the class took some time to discuss what was happening in the story. For example, at one point in the story a little girl had origami friends on a playground merry-go-round. Mrs. Martinez took a piece of paper, spun around with it and let go to show why the origamis where flying off of the carousel. After the class had finished a few pages, they got to a part in the story where the main character wrote down a wish on a piece of paper.

Following this, the class wrote their own wishes on colorful pieces of paper to practice writing and mimic what was going on in the book. As students worked, Mrs. Martinez walked around the classroom reading their wishes. Some wishes were practical and some were a bit more outrageous, such as a student wanting to own a Lamborghini. Once the first graders had finished writing, they put their wishes into a basket and moved on to the next activity, which was writing their favorite part of the story in a journal. Mrs. Martinez checked each student’s writing to ensure they were including periods, making good efforts at spelling and following other grammatical rules.

The class for today was energetic and achieved the first grade core standard to “demonstrate command of the conventions of standard English grammar and usage when writing or speaking.”

Mrs. Martinez hit many of the key parts of learning the English Language, all while keeping one solid theme during the lesson.  Understanding how different subjects relate can help create connections in student minds that make the whole idea easier to comprehend. Mrs. Martinez prepared a great lesson that is sure to develop the skills these students need to effectively communicate.