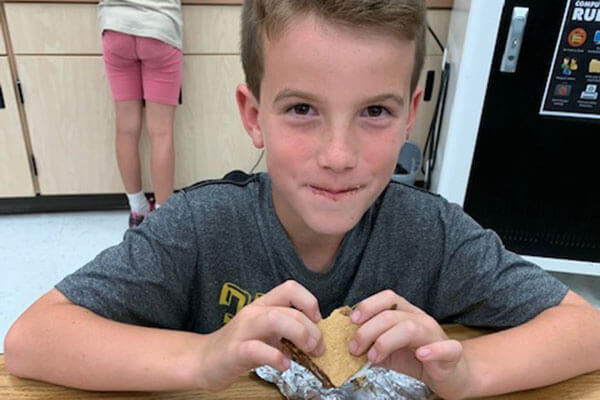 Lakeview third graders are eager to learn “s’more” after they were able to use s’mores to learn about the sun’s radiation.

Using aluminum solar ovens, the students were able to visually see how the sun’s radiation works. The teacher explained that it is not the sun’s heat or the outside temperature that heats the s’mores, but it is actually the converted heat energy of the sun’s rays.

This lesson goes along with the third grade core standard that states: “provide evidence showing that the sun is the source of heat and light for the Earth”. Through creating these solar ovens and cooking a familiar treat, the students were able to visualize how the sun’s rays are able to heat up the Earth. This was a great lesson for both visual and kinesthetic learners, as they were able to both see and touch the experiment as they learn about this concept.

At the end of the lesson, the students were also able to test their hypothesis as they tasted their test subject – which proved to be delicious!