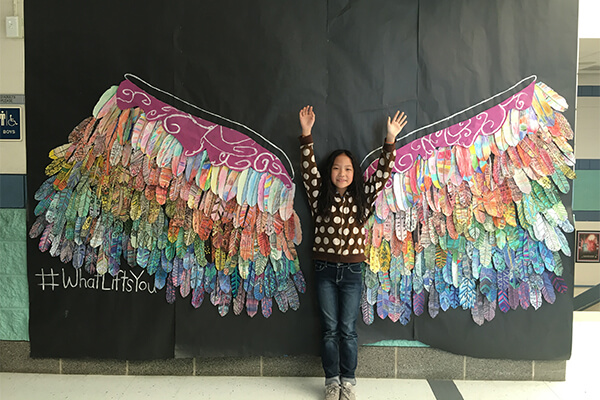 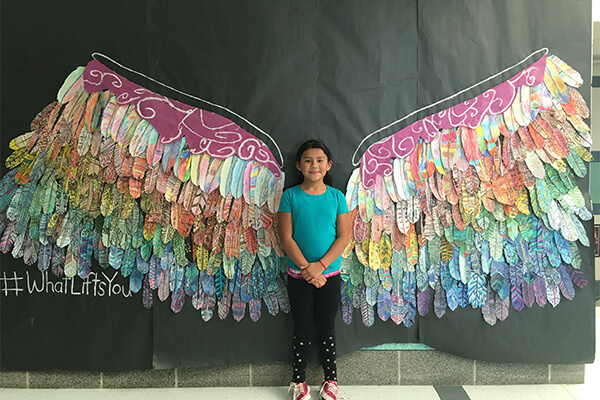 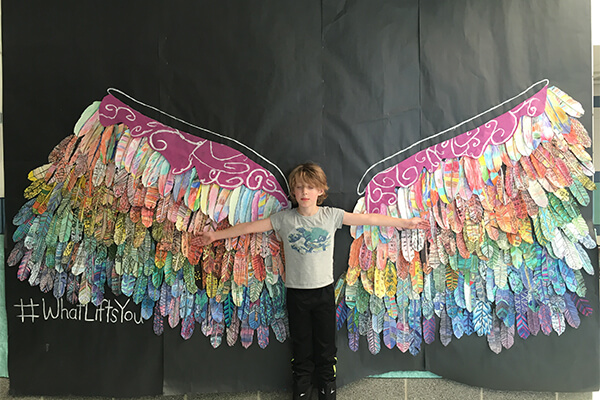 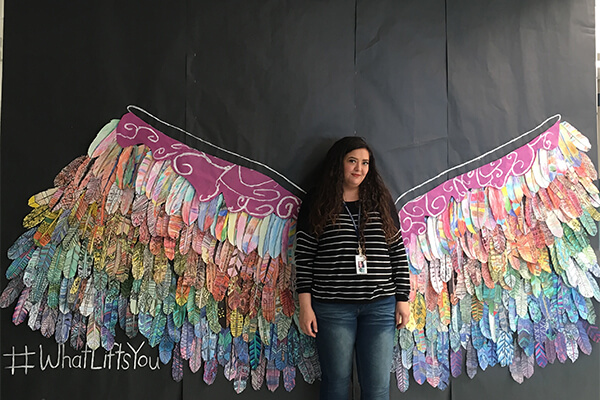 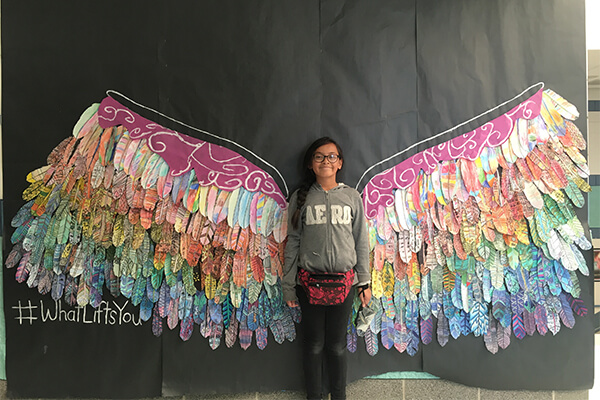 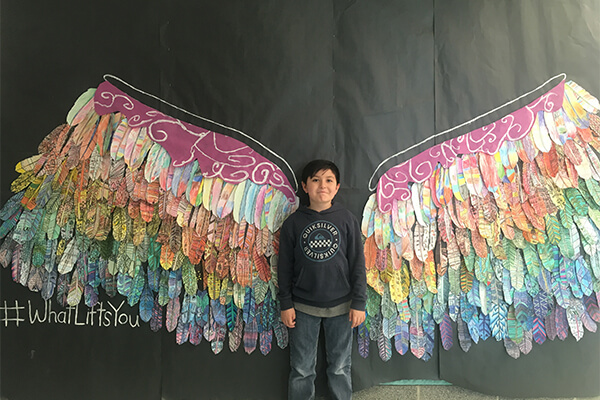 What lifts you? Art teacher, Mrs. Brianna Martinez at Spring Creek Elementary, asked this very question to her students during class one day. She had each student design their own feather with things that lift them or make them happy. Once the students completed their feather, they put it together on the wall and excitedly stood in front of the finished product to get their picture taken. The end result was colorful angel wings. Mrs. Martinez told each student to close their eyes and think of something that makes them happy. Quickly, smiles broke out across their faces and Martinez snapped their photo.

Martinez was inspired to create the mural of angel wings on the wall when she came across a mural done by Kelsey Montague. Montague’s mural had beautiful angel wings along with a hashtag at the bottom that said: “WhatLiftsYou.” Martinez took this mural and question to heart and began the school year by talking about all the different murals around Provo. The class discussed what lifted their spirits and what made them happy. Some of the students said drawing, going to school and the color yellow make them happy. For Mrs. Martinez, teaching art lifts her spirits because it has the ability to move people.

Mrs. Martinez grew up in Fullerton, California and moved to Provo in 2007 when she was in middle school. Last year (2016) was Martinez’s first year teaching art. Martinez said, “Being the Art Teacher at Spring Creek Elementary has been one of the greatest things I’ve been able to experience. I have always known that working with children was what I wanted to do.”

The students discussed how some murals, like the Dallas Clayton mural, need community help. Dallas Clayton is an artist and author who made a mural in downtown Provo. The mural says in big letters, “The best gift is you.” Unlike most artists, Clayton had the people of Provo come help him finish the mural, which only took a few days. Like Clayton’s experience, Martinez had each student come together and participate in creating the beautiful wings on the wall. “In my classroom we focus on community, togetherness and kindness,” states Martinez.

“Art has played an important role in my life and it gave me a positive way to express myself.” Martinez hopes that her students can experience the same level of happiness and expression in her class as they work together to create something beautiful. 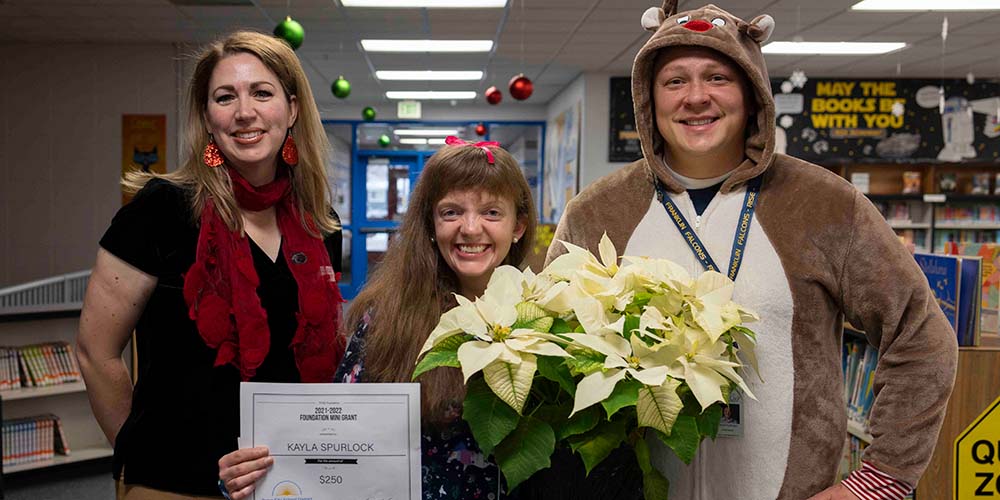 The teachers and specialists in Provo City School District are our innovators They are innovators,...

As a follow up to my message a couple of days ago, I need to provide an update to our current...