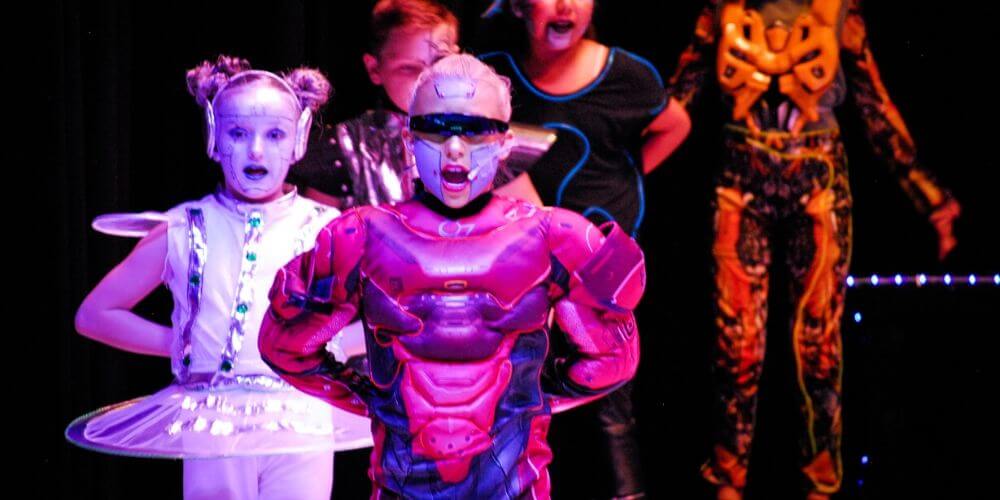 “The students were disappointed that they didn’t get to perform for an audience,” stated Provost Elementary Musical Director Kirsti Kirkland. “So, I looked for a way to make it special.”

Not knowing school dismissal was ahead, Kirkland had managed to record a tech rehearsal. “The kids in this cast worked really hard. For most of them, it’s their first time being in a musical. I wanted to showcase that,” stated Kirkland.

Kirkland uploaded the tech rehearsal online and shared the performance with students and parents to watch. But there was more. A special gift awaited Kirkland and her students.

“I reached out to one of the writers of the show, Denver Casado, and sent him our video. I didn’t expect him to respond, since it’s a big children’s theatre company, but he did! He watched the show and sent me a video for our cast to watch. It was a special moment for all of us.”

Casado, impressed by the student talent said, “I’m blown away by how amazing it was…I can’t believe that this was a tech rehearsal that I was watching because you guys were so polished.”

“I’m so proud of our fourth, fifth and sixth grade students who put on this production,” said Kirkland. “These kids were such a joy to work with.”

Watch the full performance using the video above. For more photos of the performance, visit our Instagram page.