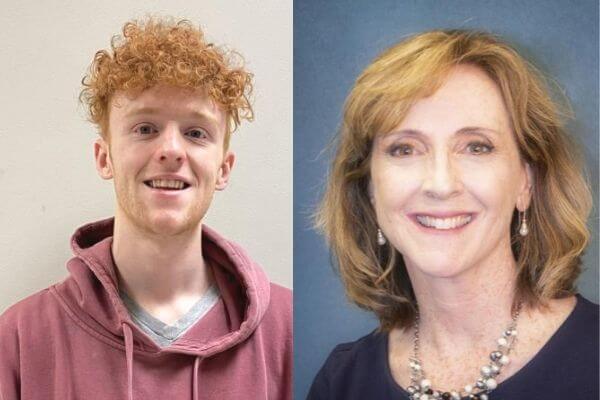 This week, both a teacher and student from Provo City School District were nominated as the Daily Herald’s “Student of the Week” and “Educator of the Week”.

Cade was nominated because of his excitement to learn and expand his knowledge. His shop teacher Mr. Whatcott said, “Cade is self-motivated. He is willing to try new things and willing to fail. When he is turning wooden bowls, he realizes for every 10 he makes, he might mess up on a couple. He can turn a beautiful bowl in less than a class period! This is impressive because it usually takes about three to four class periods to turn a basic bowl.

“Cade has a lot of students who look at his work with awe. He has been teaching some of them on his own time (sometimes during lunch). They all want to know his tips and tricks. It has been fun to watch their interest grow and see them progress.”

Outside of school, Cade enjoys playing basketball. He can even dunk! Since this is his senior year, Cade has thought about his future after graduation. “I’m not exactly sure what will happen,” Cade said. “But I’m thinking about becoming a carpenter.”

Cade recently entered some of his artwork into a competition and is excited to view the other entries and see the results.

Good luck, Cade! Congratulations on your entry and thank you for contributing your talents to your school!

Cynthia Ward, a first grade teacher at Provost Elementary, has been nominated as this week’s educator of the week.

She was nominated because of her eagerness and willingness to contribute to the school. After teaching for 21 years she still is one of the first people to volunteer, mentor, be on a committee, go to a professional development event and try to implement something new. Her nominees say she is a teacher leader in every sense of the word and leads by example.

Ward truly cares about the well-being of children. She consistently reaches out to parents and families to garner the best care for her students. “I really enjoy when we can have fun with learning!” said Ward. “I think the kids remember concepts better when they enjoy the process. I also love it when the children have thoughtful questions and insights! Provost is an amazing place to be!”