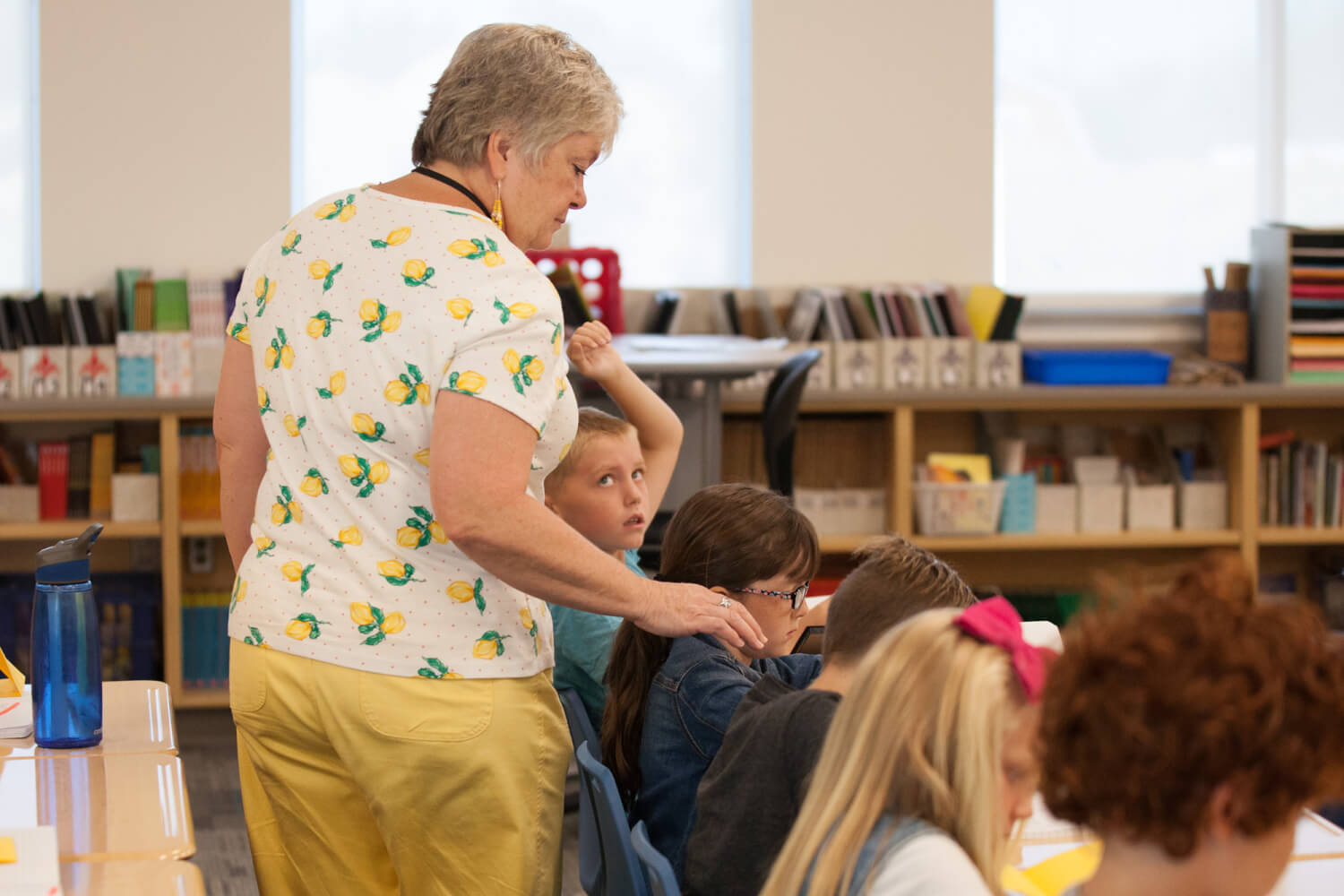 Daphne Budge, a third grade teacher at Edgemont Elementary, was recently recognized by the Utah Dual Language Immersion Team for her excellence in education. Mme Budge has been teaching third grade French immersion at Edgemont since 2011. Mme Budge worked for what she called “corporate America” for many years before becoming a teacher. She had a B.A. in French and a great love for the language. When she heard Edgemont was starting a French Immersion program she went back to school to get her teaching credentials and started teaching for Edgemont. She hasn’t looked back since. When asked what she likes about her job she responded, “First of all, teaching children. Second, I get to teach in French. I love third grade because they are old enough to be independent, but still young enough to love and want to please their teacher. Last, but not least of all, third grade is a huge math year and I love teaching math.”

Georgia Geerlings, the director of the Utah French Dual Immersion Language, stated, “I feel honored, as the director of the French program, to work with such a talented teacher and extraordinary woman. She has left an indelible mark on the French DLI program.” She chose Mme Budge for the award because of her willingness to take the initiative in creating curriculum and projects, which she generously shares with other teachers. 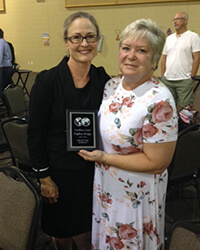 The students at Edgemont are also big fans of Mme Budge. As the new school year begins, they are looking forward to a year with this popular teacher. Bella, a current third grader was excited to be in her class because her sister had a great experience in Mme Budge’s class the year before. Naomi loves the fun activities, especially all the math games.

Daphne Budge makes learning a fun experience for third graders at Edgemont and we would like to congratulate her on receiving this well deserved recognition.