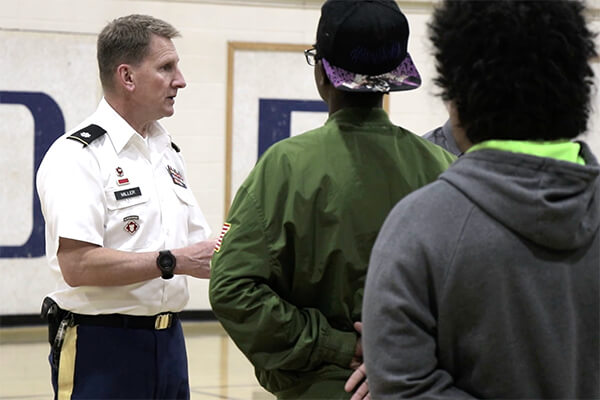 This week’s feature is David Miller, the Junior ROTC instructor and US Government teacher at Independence High School. Colonel Miller started teaching in the fall of 2013 after 25 years of military service where he taught leadership to soldiers. Colonel Miller loves Thomas Jefferson’s quote, “for I have sworn upon the altar of god eternal hostility against every form of tyranny over the mind of man” and believes that ignorance is one of the worst forms of tyranny. He works to enlighten and change the minds of students who might not believe they have much of a future and loves working at a school with colleagues who have a common purpose and goal.