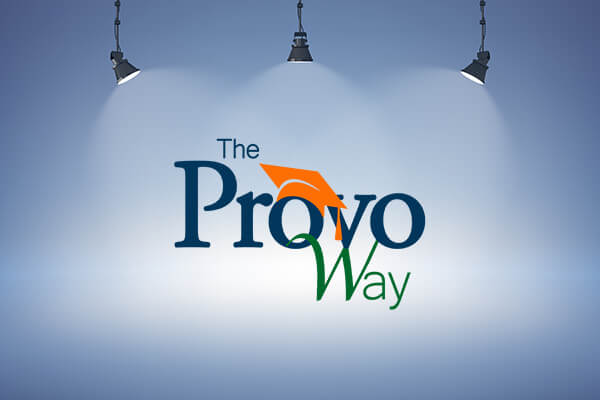 Provo City School District has a unique tradition of presenting awards each month to individuals who have made an impact in our district. This award is called “The Provo Way” award.

“The Provo Way” award was designed as a way to celebrate district employees and recognize the positive things that students, teachers, parents, staff, and administrators do within the district.

In order for someone to receive an award, they have to be nominated by someone else. Anyone can nominate, even those who do not work within the district. The only criterion is that those who are nominated have to be part of Provo City School District.

Each month, the District Celebrations Committee screens the nominated names and those chosen are recognized at their local school and at the monthly board meeting.

Nominating someone is simple. All you have to do is fill out a nomination form. If you know of an individual who makes a positive difference within our district and deserves recognition, don’t hesitate to nominate them today!