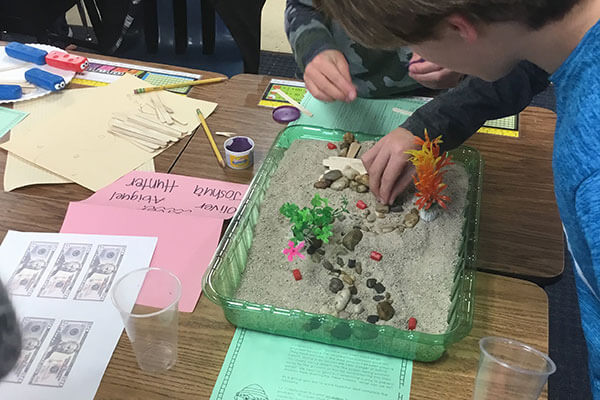 Students in Megan Anderson’s fifth grade class recently worked together to save neighborhoods from erosion.

To complement their learning instruction on erosion, students were assigned to work in different construction teams to come up with a plan to help prevent erosion in their assigned neighborhood. Each group was given a different neighborhood scenario which included beachfront, sand dunes, glacier and river. The guidelines for the neighborhood plans included that the construction was appealing, the design helped to stop weathering and erosion, the views of the houses were not blocked and that the houses could not be moved from their spot.

Students thought of creative ways to change their neighborhoods, but had to have their plan approved before they could continue with construction. Once construction began, students had 15 minutes to work together to create a lasting neighborhood plan. After 15 minutes went by, they had their projects tested with weather scenarios that related to their situation. These included water, wind, rain and ice.

Following this activity, students analyzed the different aspects that went wrong with their projects and decided what could have been done to improve their neighborhood. Students also discussed the erosion and weather concepts they had learned previously and related that back to their hands-on application.

Megan Anderson stated that, “I really wanted my science units to be hands on this year. I’ve done several hours of research and found something  that I loved and tweaked to be my own. I dressed up in a reflective vest and hard hat to be the foreman in charge of the construction crews (students). I divided the students into five or six groups, taking into consideration the different skills of the students to make sure the groups were well balanced.”

Overall, this was a fun activity where students were able to apply learned classroom concepts in a visual way that promoted critical thinking and application skills. 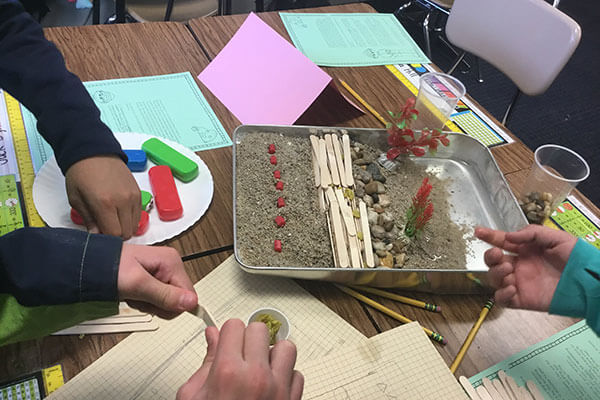 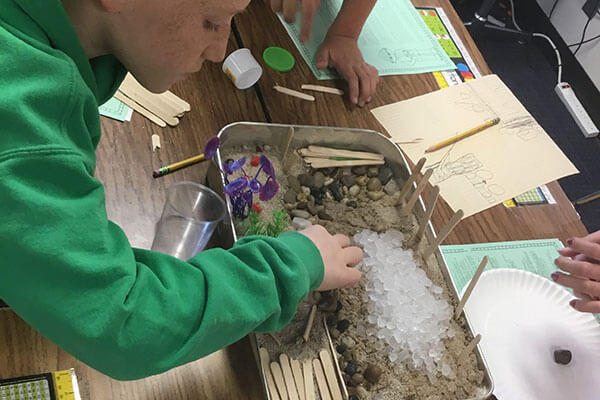