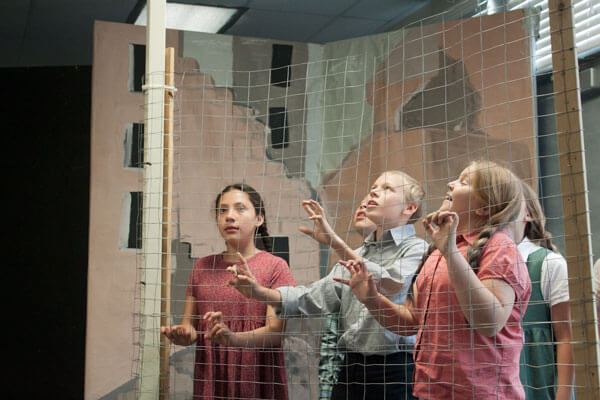 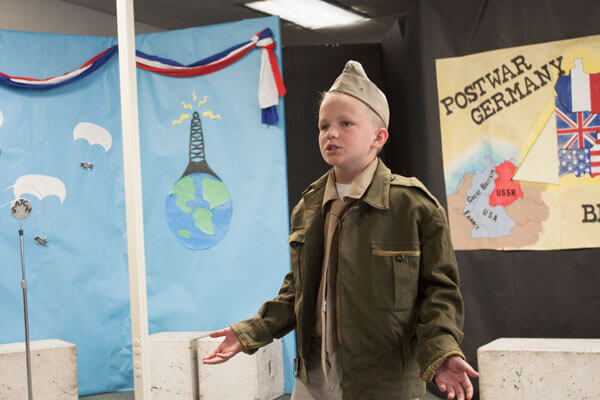 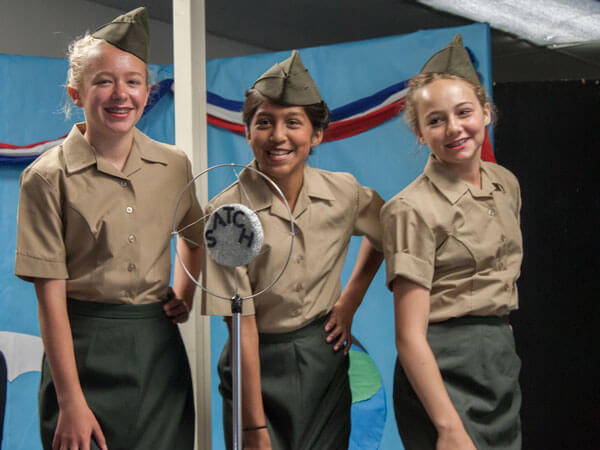 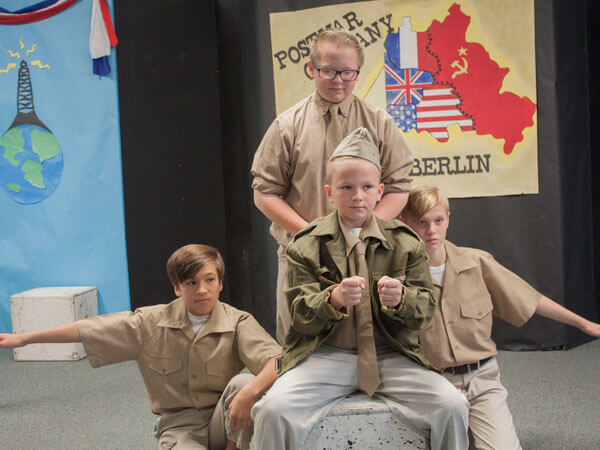 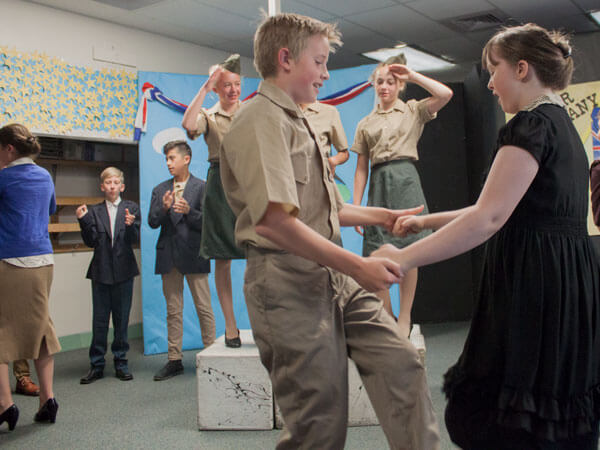 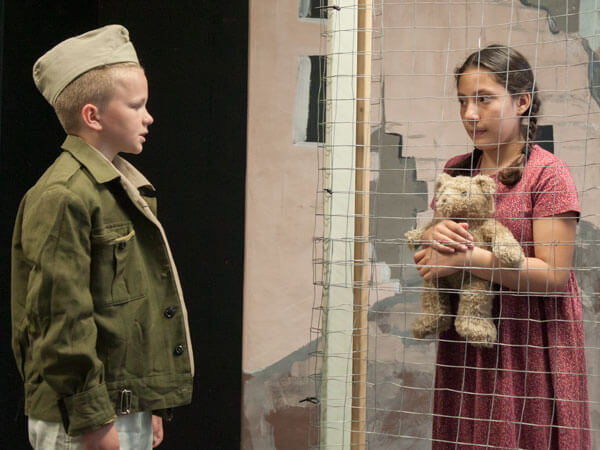 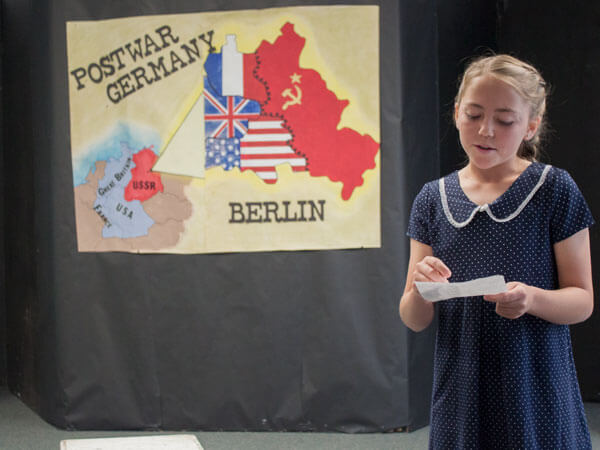 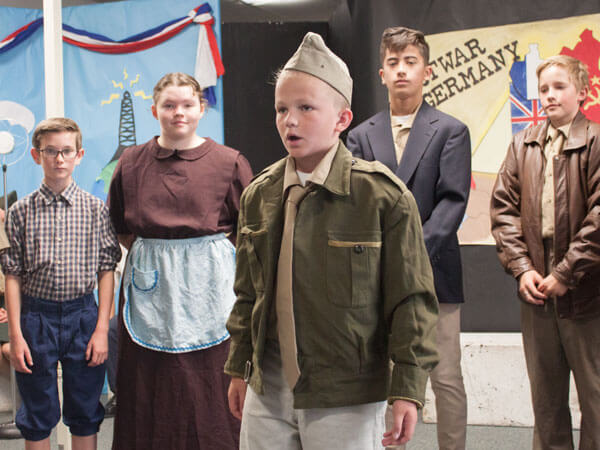 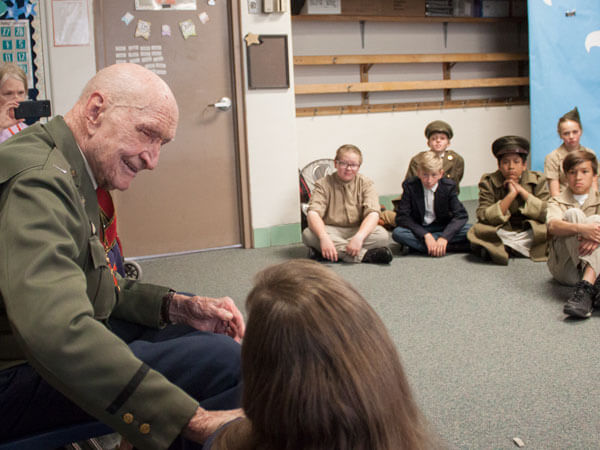 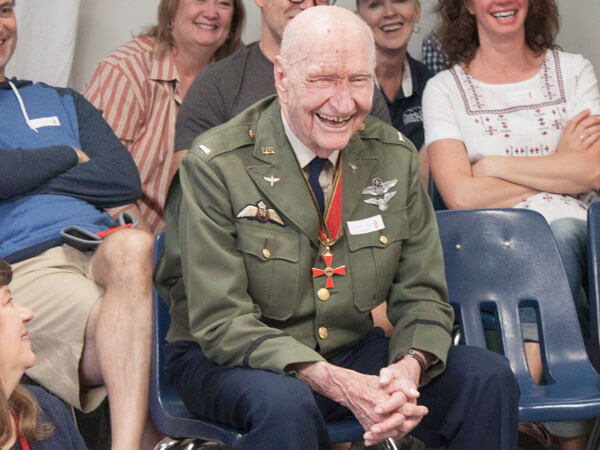 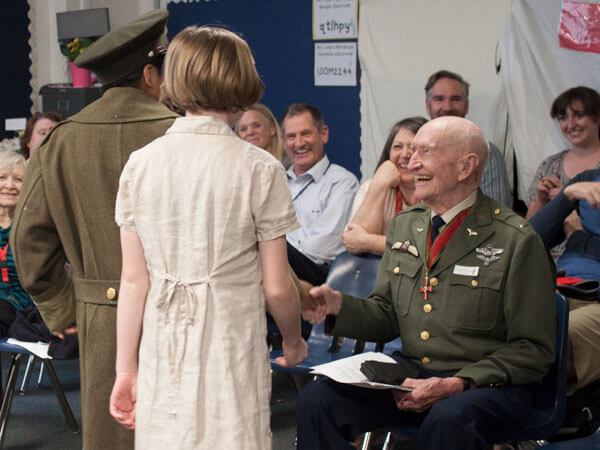 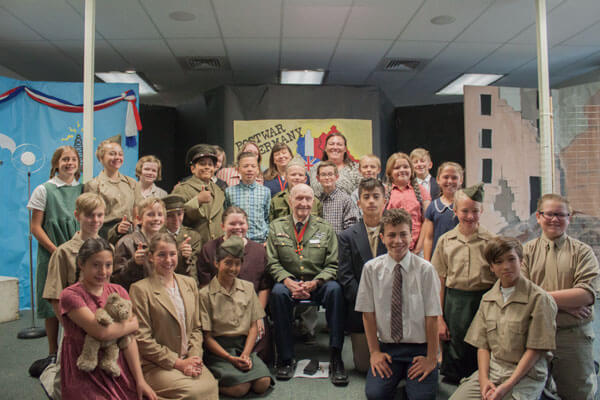 Wasatch sixth graders in Betsy Itsom’s class took a step back in time as they performed a play called “The Berlin Candy Bomber”.

This play, which was an original play written by Betsy Itsom, Lisa Wygant and Lisa Bean, tells the story of Gail Halvorsen. Gail Halvorsen was a pilot in the United States Air Force during World War Two. He is known for “Operation Vittle”, an operation that he started without prior authorization from his supervisor. This operation consisted of Halvorsen dropping candy via miniature parachutes to children all over Germany. He received numerous awards for his role in “Operation Vittle” and has been a legend ever since.

The students did a great job portraying these events and were excited to have the actual Gail Halvorsen sitting on the front row. After the play, Mr. Halvorsen took the opportunity to shake each child’s hand and then shared an inspirational message with the class. He talked about the importance of kindness and how, by doing simple things, the students can help to make the world a better place. The students also had an opportunity to ask Mr. Halvorsen about his experience during the war and with the candy parachutes.

Overall, these sixth graders did an outstanding job portraying these real-life events. They were able to learn even more about history through their participation in the play and through interacting with the “candy bomber” himself-Gail Halvorsen.