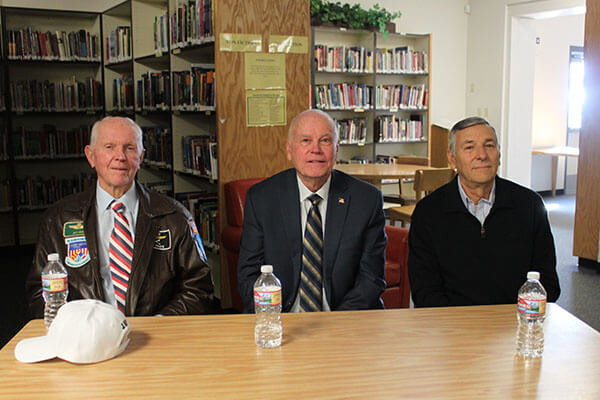 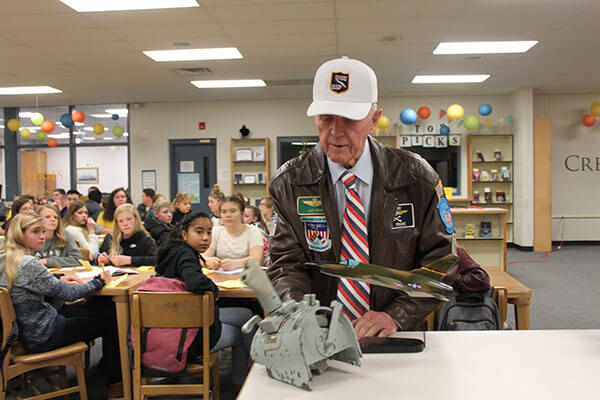 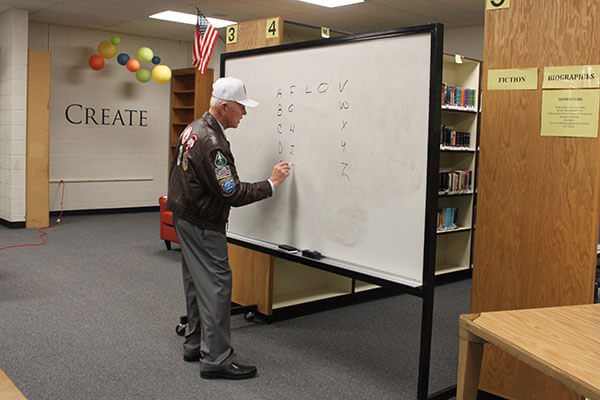 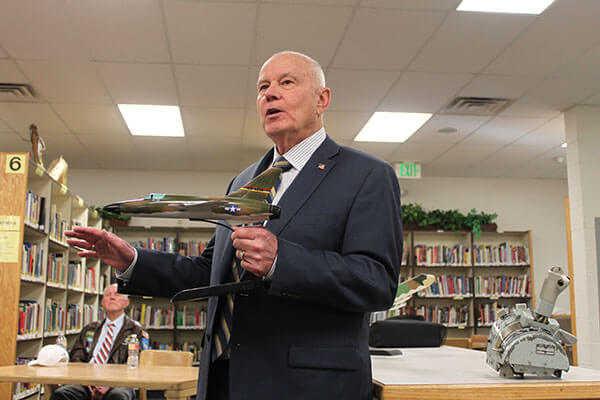 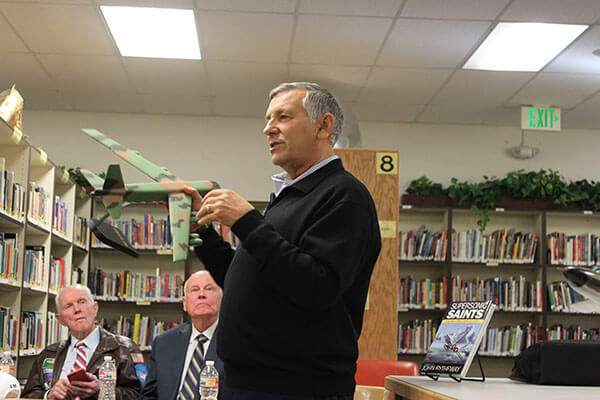 Commemorating 50 years since the Vietnam war, Prisoners of War (POW) Colonel Jay Hess, Colonel Bill Spencer and Captain Lynn Beens share true stories of their captivation. They recall their experience to the seventh and eighth graders at Dixon Middle School.

Colonel Jay Hess, a 37-fighter pilot, spent six years as a prisoner in Vietnam. His act of duty was to create a difficult time to get supplies down to south Vietnam by dismantling bridges. In August of 1967 he drove a F-105 low level bomber to drop six bombs on a railroad on the border of China, when they were shot back by a big shell and had the aircraft go end over end until the cockpit fell to fire. They were taught to sit up straight and eject from the air craft but Hess didn’t have time and ejected at speed. He was later captured and used for propaganda. They were called “air pirates” by the Vietnam militia, claiming to only target women and children.

Colonel Bill Spencer, the aircraft commander for the Fighter F-4 Phantom, was in the air April, 16, 1972 on a mission to bomb Vietnam oil tanks at 9:40am. Four ship units flew “downtown” to Ben Hai. After a bombing halt from 1968 to 1972 due to an order from President Johnson, Prisoners of War heard no bombings or action from the U.S. for four years until that day so they knew they were still there fighting.

Spencer spent nine months as a prisoner, the same as one school year with no recess. He says the treatment was terrible due to being a prisoner in a poor country. The only source of food was kohlrabi and pumpkin, but they were all trained to eat whatever was given.

Captain Lynn Beens was a prisoner for 99 days. He was stationed in Guam where he executed 55 missions dropping bombs. The B-52 radar navigator was on a 16-hour night mission with a crew of six to bomb the railroad facility in order to show the enemy that “we would not quit.” They arrived to target at 5am, when enemy missiles shook the air craft and blew the tail out. Beens began to free fall to the ground and he passed out. After being captured he was sent to Hanoi, where he was forced to make a statement. He listed his name, rank, serial number, date of birth, and added, “I’m shot down and I’m fine.” The message was published worldwide and in the Sacramento Bee. His wife saw the article and was able to confirm he was a POW.

Seventh and eighth graders who attended event will be attending the Boston and D.C. history trips this coming summer. The trips were start by Jarod Sites as an opportunity to study about the history of our nations’ capital. Students have assignments regarding research, books to read and famous people to investigate as preparation for the trip.