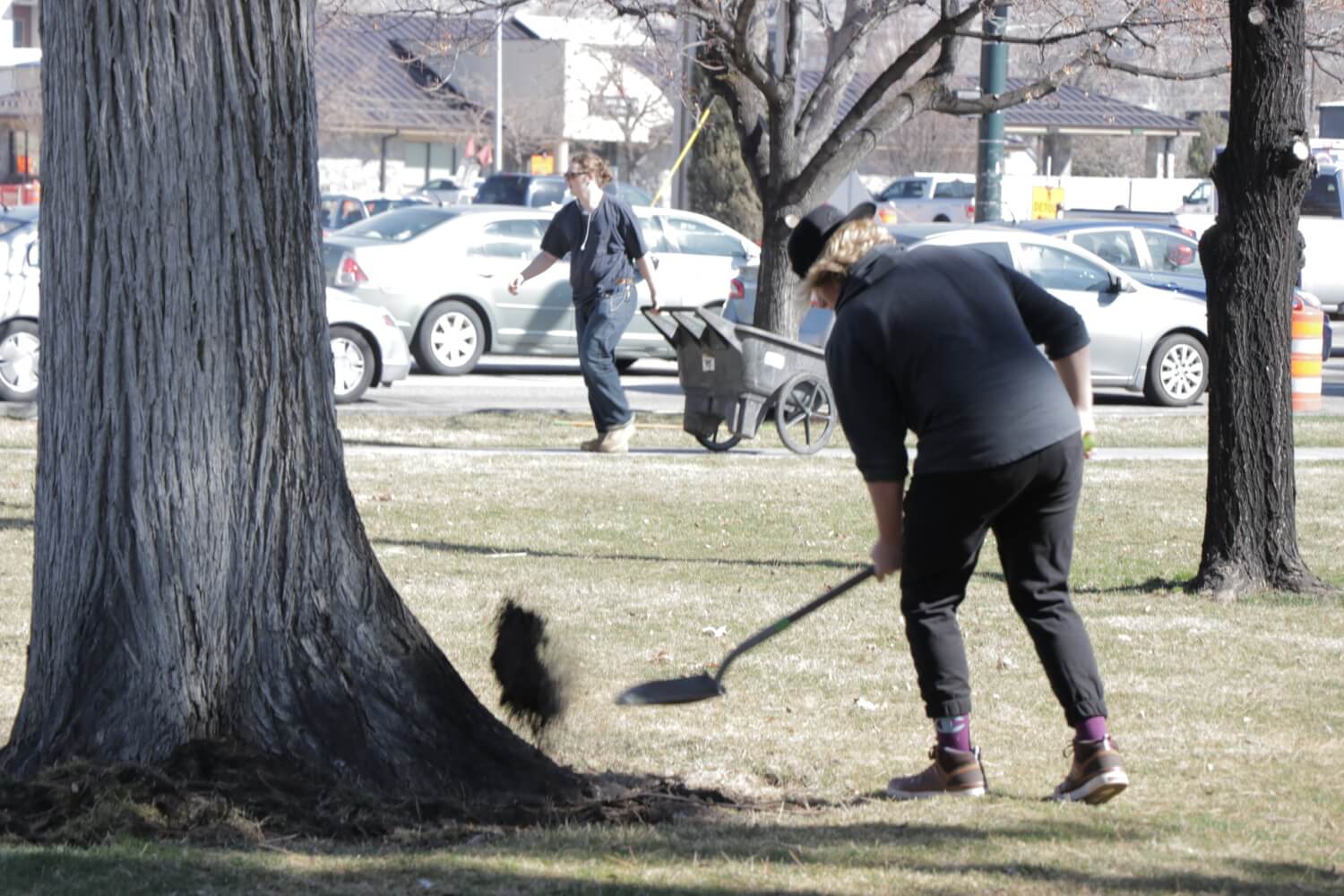 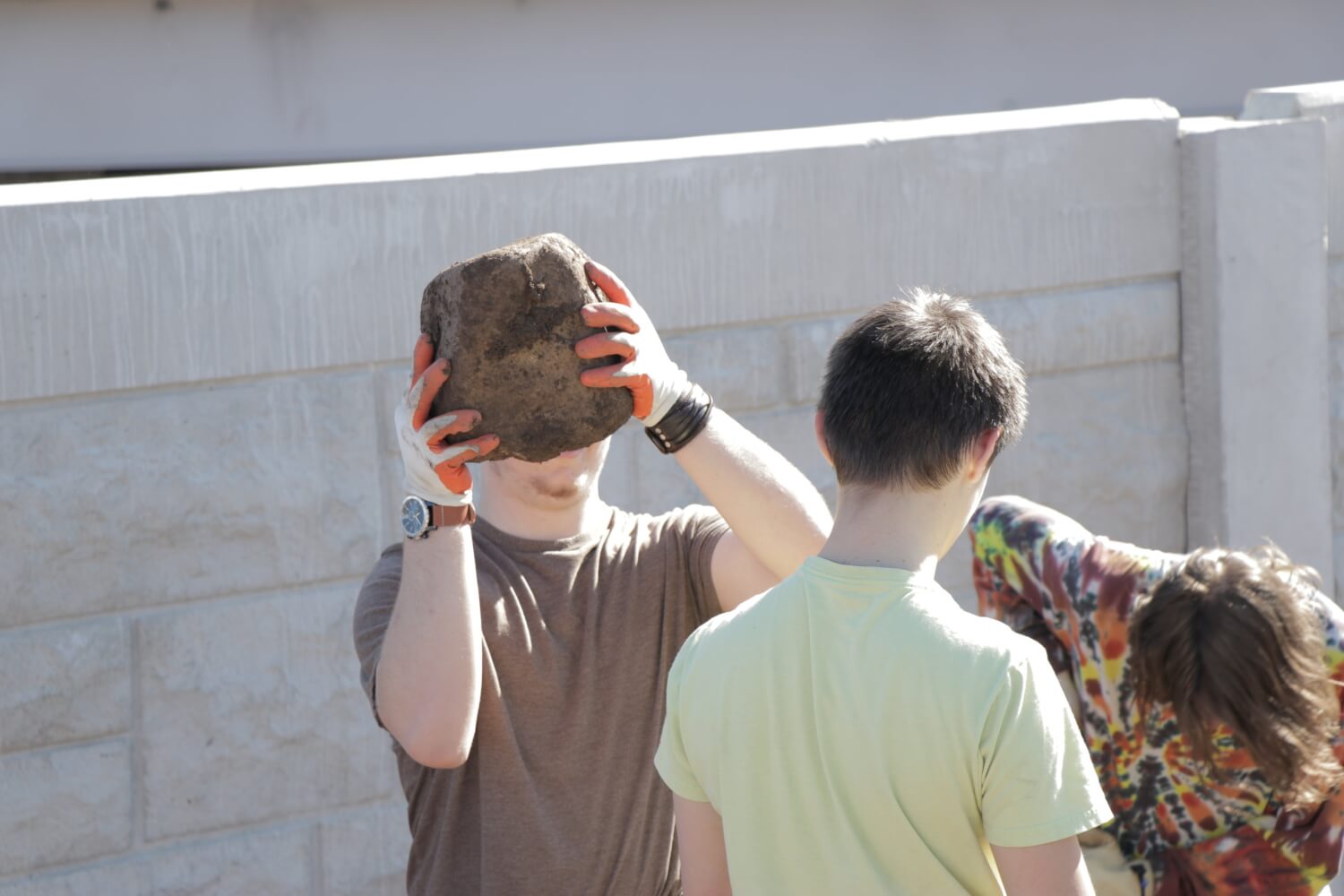 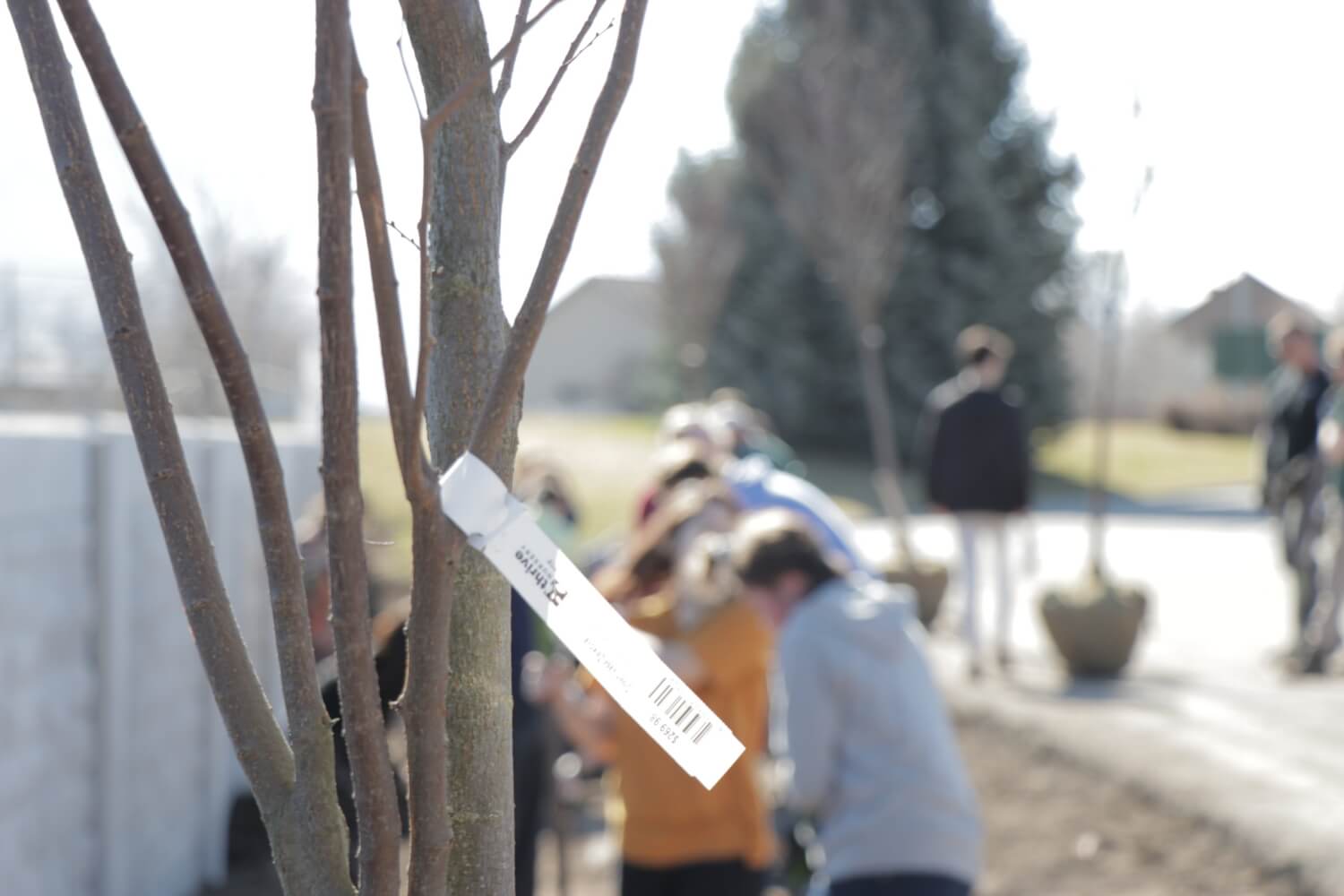 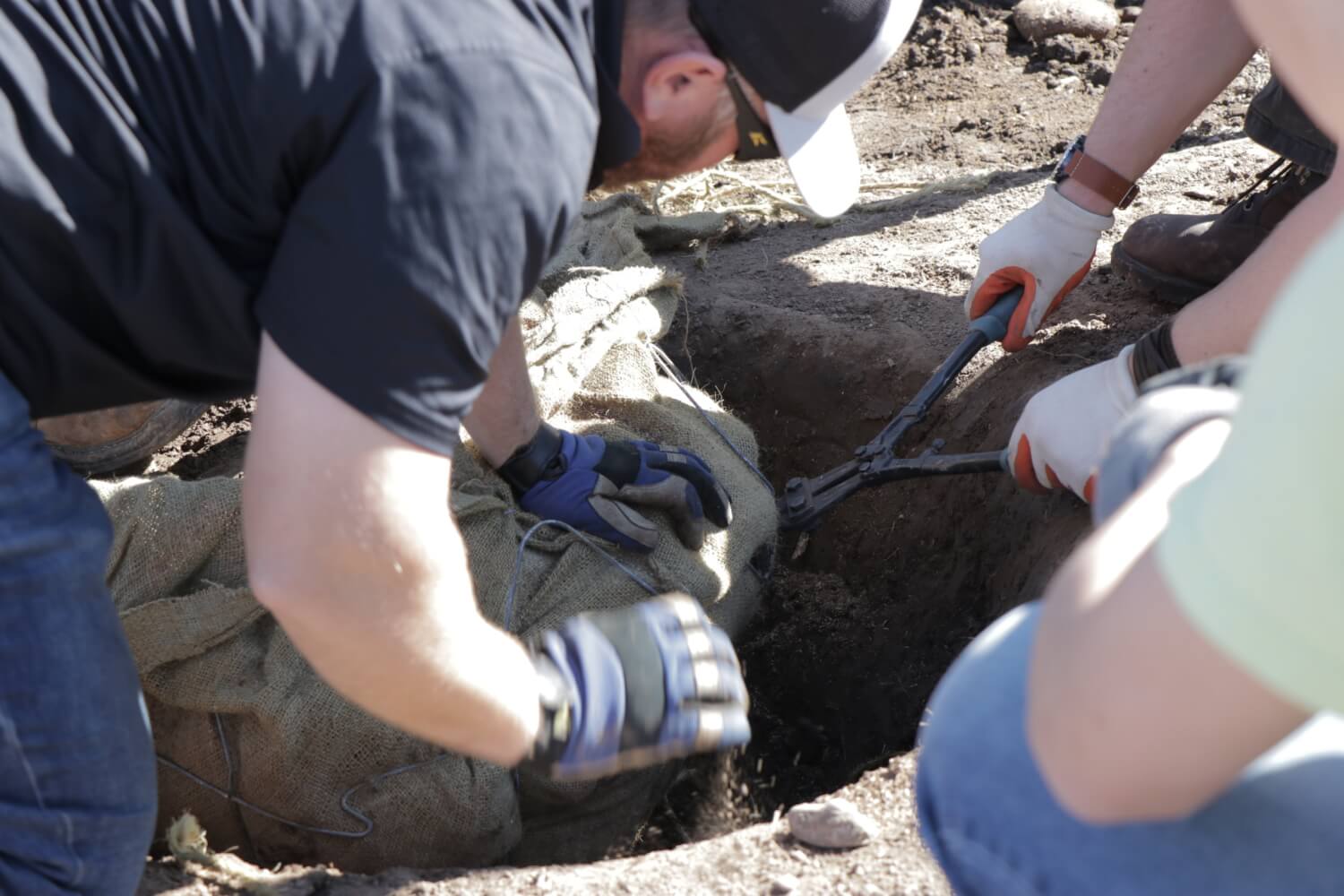 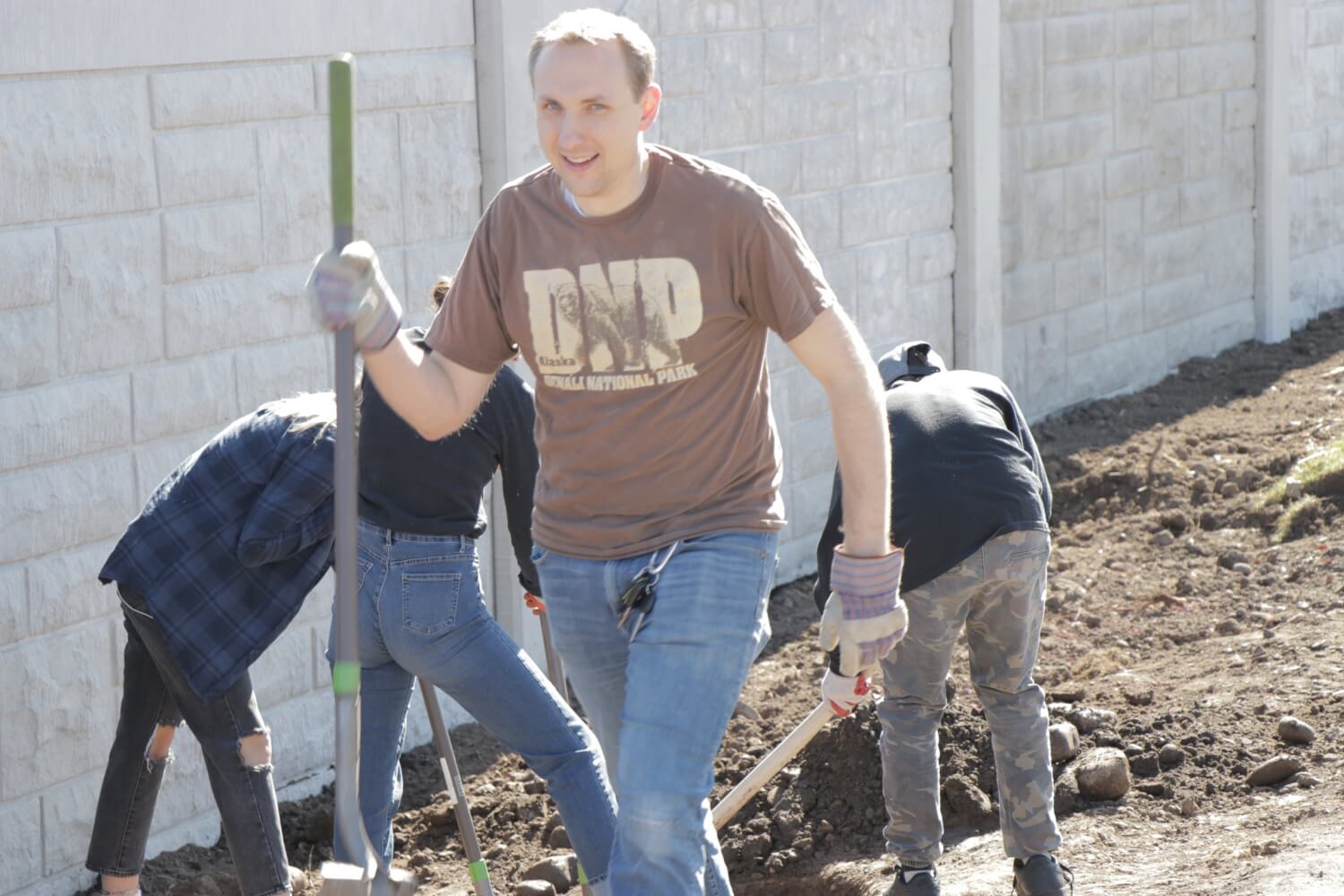 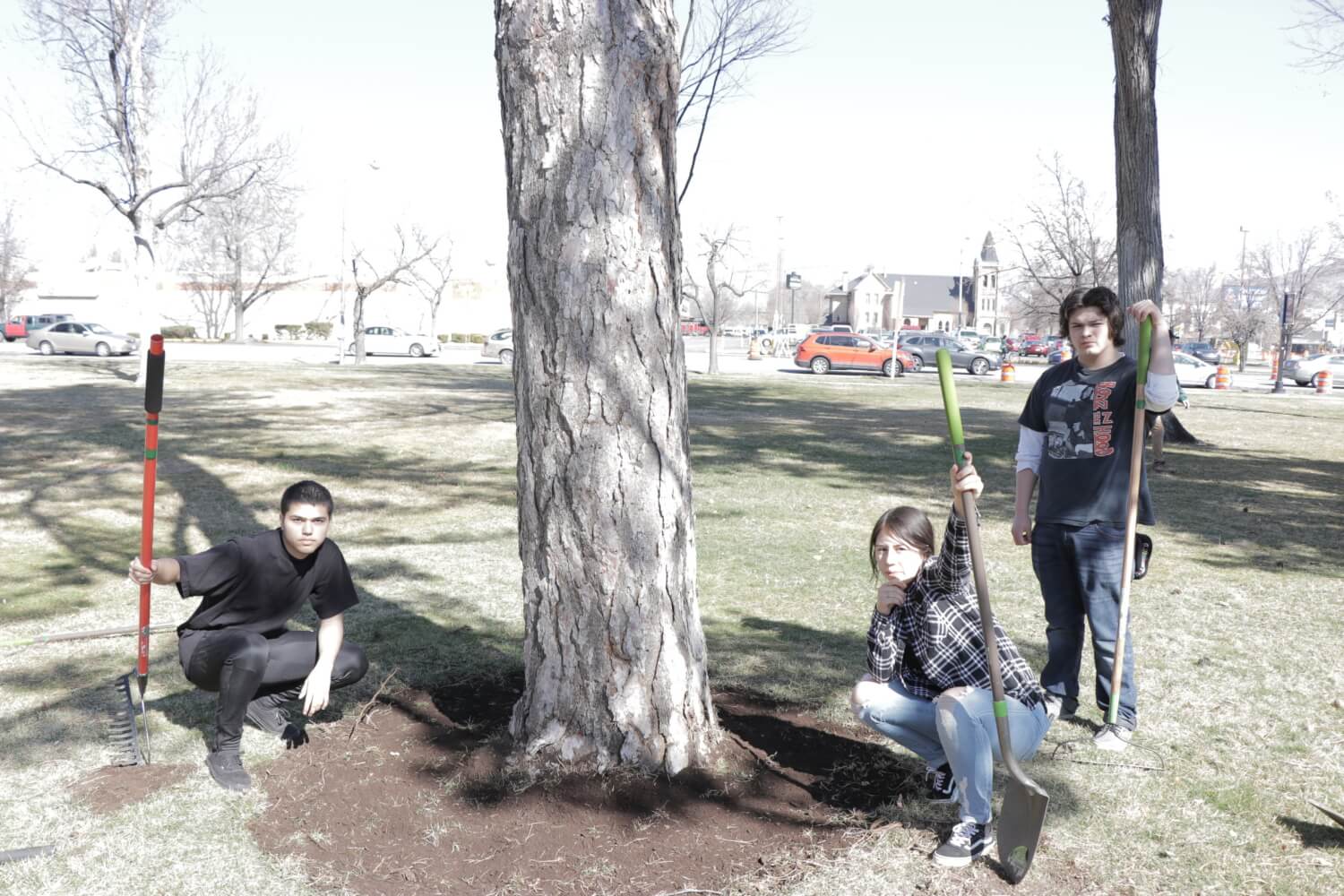 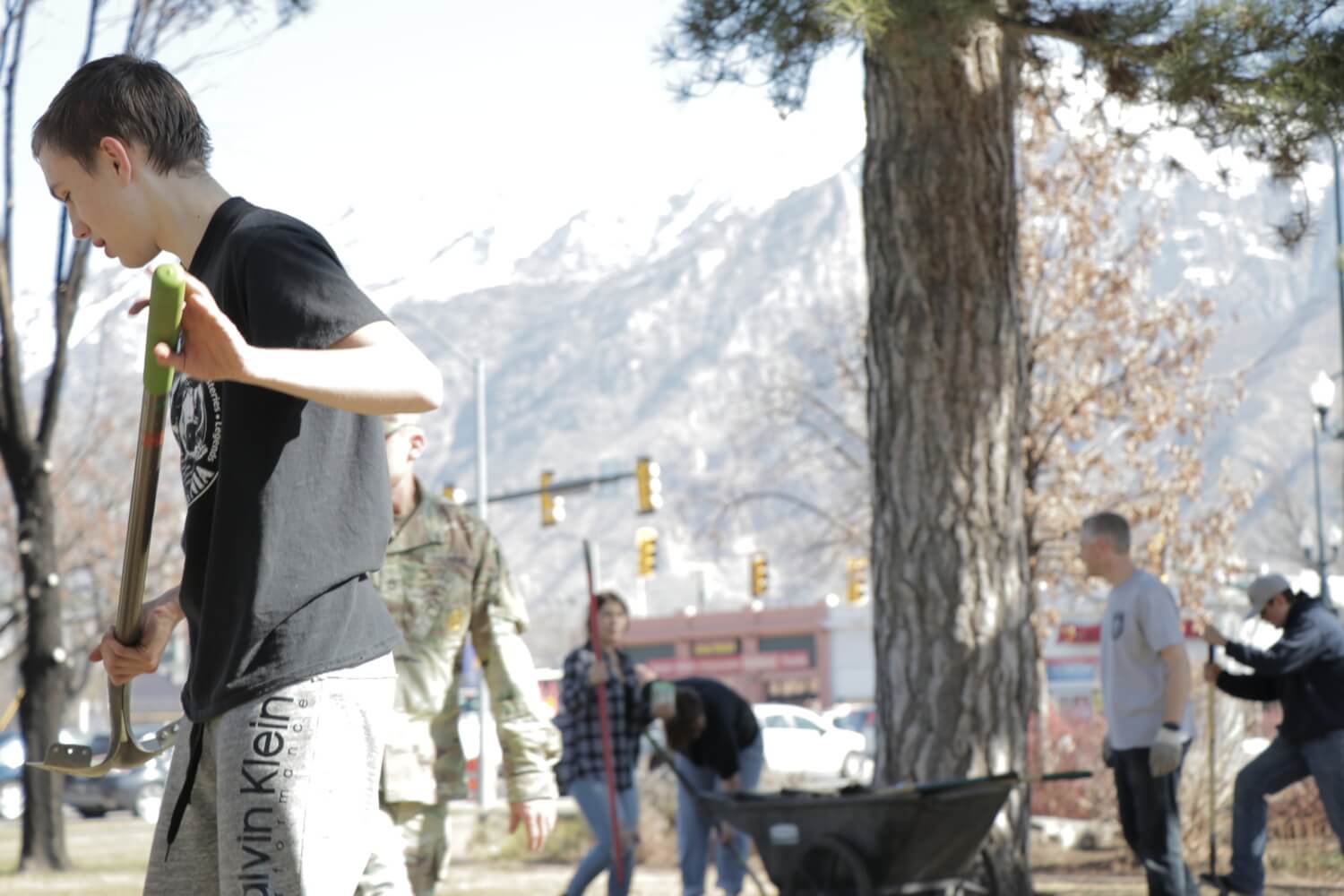 Anyone who decided to drive into Carterville Park on Friday, March 13, would have been greeted by about 17 kids brandishing shovels and digging holes into the earth. The scene was like a healthy version of Louis Sacher’s 1998 novel Holes.

Interlaced in the midst of the children were adult workers from the Parks and Recreation Department as well as their teacher, Brandon Barth—who you could find jumping from circle to circle, engaging with each student. Today’s activities were cooked up two weeks prior.

In his classroom, Barth had been teaching his students about wildlife conservation. They discussed how to leave a positive impact on the ecosystem, like planting trees. Barth had been wanting to make his lessons for the classroom more hands-on for his students. He knew that getting some real experience would be able to drill home the concept.

So, Barth took action. He made a phone call to the Provo Parks and Recreation Department to see if they would be able to set up a tree planting expedition. The volunteer supervisor explained that every tree on public soil is planned and accounted for, and there were no plans to plant more trees at the current time.

A little disappointed, Barth hung up the phone only to be called back immediately by the man that had just told him no. After a quick check in with others in the department, there was a group of trees that were planned for Carterville Park. The only caveat was that the trees were being planted in two weeks. Putting a field trip together in two weeks is a daunting task for any teacher, but Barth stepped up to the challenge.

Weeks later, Barth and his students found themselves planting trees in Carterville Park. After being divided into eight groups, the students were in charge of planting single samplings in neat rows. “There are many students who told me they had never held shovels before,” stated Barth. “Regardless, the students dedicated themselves to their tasks.”

It was exciting for the kids to show off the cool stuff they dug up. They would call over to Barth and proudly show him their new treasures. One of them dug up a rock that was the size of their head. Another student found a smooth sphere. Barth estimated that it was likely an old baseball.

Once all the holes were dug, the students, along with help from the Parks and Recreation helpers, lowered the saplings into their new home. This gave the students an opportunity to show off their strength and gave them the opportunity to work with professionals (that Barth hopes that the students might one day become).

Another group of students was sent to Pioneer park to take care of older trees. Here, the students were maintaining trees by weeding their base and placing fresh nutrient rich soil by the roots.“What we’re doing here is a little like a doctor’s check up,” said the Provo Parks and Recreation Department volunteer supervisor.

“If you go a couple years between a check up, you aren’t going to die, but you might not be as healthy as you could be. By cleaning up around the roots and pulling weeds, we’ll extend the life of these trees. We might even be able to detect potential hazards to their health in the future.”

The dedication and ingenuity of teachers like Barth allow students to get a fresh perspective on civic service and a fresh perspective on what life could be like after high school. Many of the students who were in attendance that day probably wouldn’t have thought they would be excited about a project like this. As they worked, they planted a small part of themselves among the trees; their pride blooming brightly before their eyes.