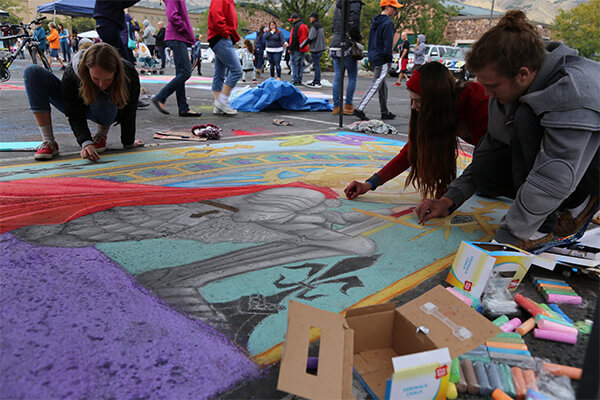 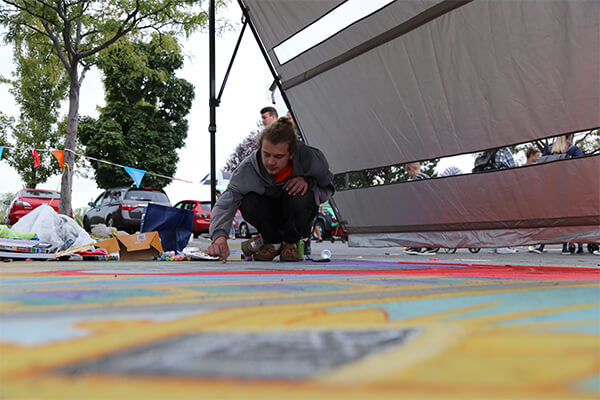 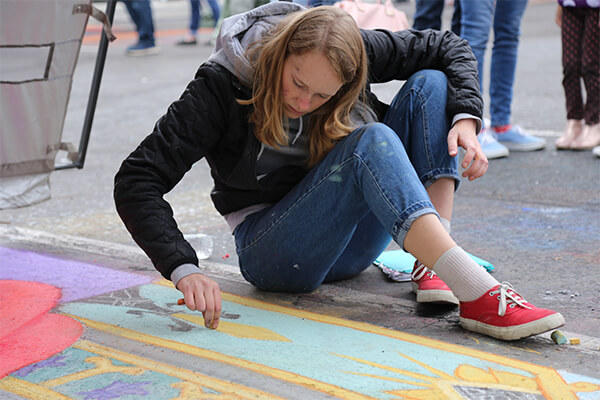 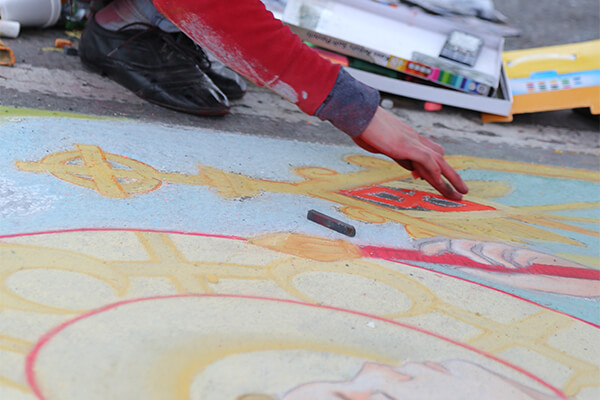 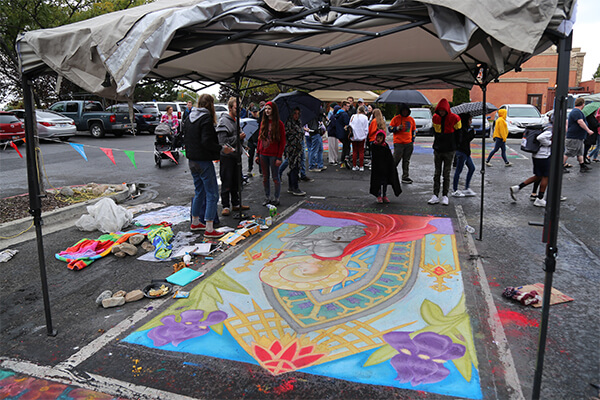 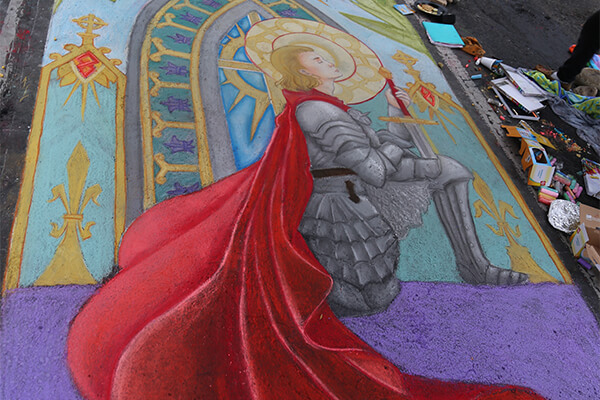 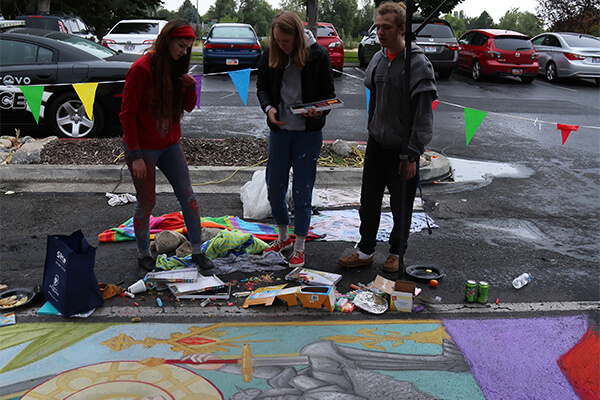 It is a world full of color… or maybe a block filled with chalk. The Provo Riverwoods held its annual Chalk the Block from September 21-23 and the theme was “Heroes.” More than 300 artists spent hours painting and chalking the streets, including our own students from Provo High School. The Art Honor Society at Provo High School selected a team of five students to represent the school. Provo High pride was evident as students painted the winning piece in the High School division, the Joan of Arc.

The Joan of Arc was selected because the woman was born a peasant, yet she believed God had chosen her to lead France to victory in the war against England. Indeed, she is considered a heroine of France and was nicknamed the “Maid of Orléans. Joan of Arc became a symbol of French unity and nationalism, and is considered one of France’s greatest saints.

Like the Joan of Arc, Provo High School students demonstrated unity and strength as they worked together to bring this remarkable art piece alive.

Rebekkah Campbell, one of the team captains this year, said, “This was my fourth year doing Chalk the Block with Provo High. Every year has been amazing, but this year’s experience felt even more personal and inspiring for me than year’s past. This was due to the fact that the cooperation and determination that the Provo High team displayed was out of this world. Being able to design and carry out a huge mural like that, and then take first prize in our category, despite the downfalls of the rain and cold, made me feel pretty unstoppable.”

Congratulations to Provo High School for taking first in its category at Chalk the Block. Your mural was stunning and we are proud to have such talented students in our district.