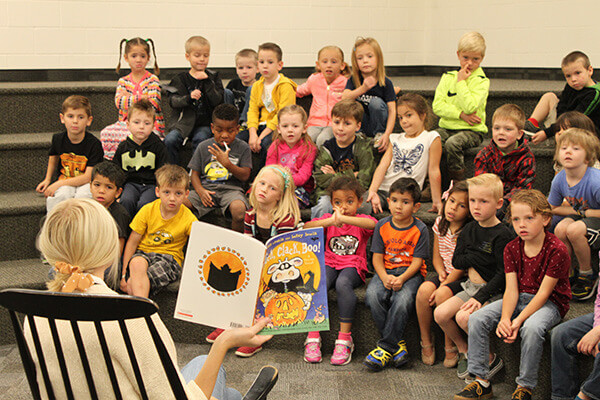 The next book we will be focusing on in the PCSD Summer Reading Series is “The Cat in the Hat” by Dr. Seuss.

This book, originally published in 1957, tells the story of what happens when a rather rambunctious cat comes to entertain a bored brother and sister for the day. An interesting fact is that this book was created as a response to a national debate at the time about whether primer books, or books that introduce children to reading through using basic words, were actually effective. Dr. Seuss was asked to write a more entertaining primer book and was given a set list of vocabulary words he was allowed to use.

After feeling very frustrated over the lack of words he could use, Dr. Seuss finally decided that he would create a story using the first two words he found that rhymed. This ended up being the words “cat” and “hat” and thus the story was born.

Tune in to our Facebook page TOMORROW at 12pm to hear this book read by a special guest reader. See you there!