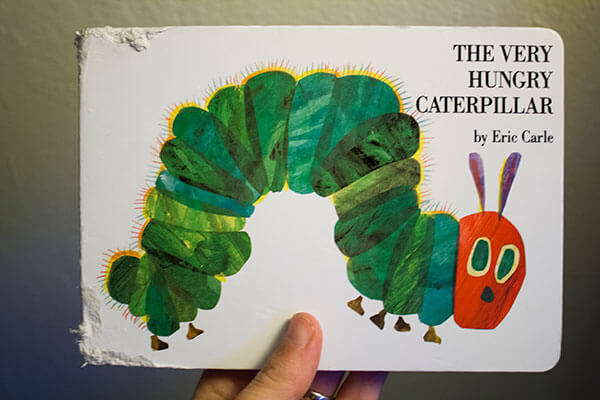 The first book up in the PCSD Summer Reading Series is a crowd favorite: The Very Hungry Caterpillar.

This book, written and illustrated by Eric Carle, is about a caterpillar who eats his way through various food items until he eventually emerges as a butterfly. Published in 1969, this book has won many awards and is considered a classic book by many. Not only is this book filled with beautiful illustrations, but it is also filled with many various educational themes as well. These include butterfly life stages, counting, colors, days of the week and even nutrition.

Eric Carle said that a hole punch is what inspired him to write this book. As he was punching holes into a stack of papers, he started to think of a bookworm. The original story was supposed to be about Willi the bookworm, but was changed to a caterpillar after his editor claimed that the bookworm would not make a good protagonist and suggested a caterpillar instead.

The Very Hungry Caterpillar has been translated into 40 different languages and was also used by Barbara Bush as part of her literacy campaign. Overall, this book is one that has been beloved by many generations and continues to be enjoyed today.

Tune in to the Provo City School District Facebook page at 12pm tomorrow (Tuesday) to watch a Facebook Live reading of The Very Hungry Caterpillar.