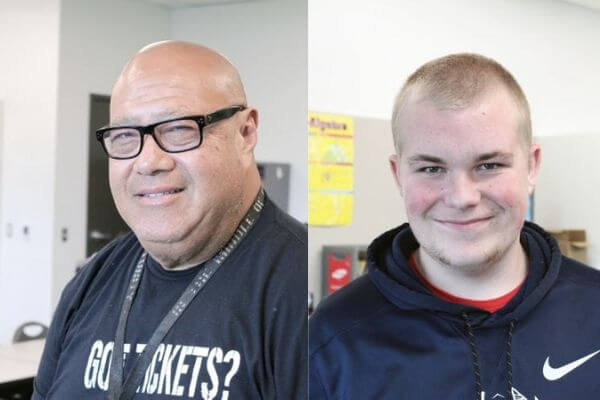 This week, both a student and an educator from Provo City School District were featured in the Daily Herald as “Student of the Week” and “Educator of the Week”.

Student of the Week

Saia Pope, a Special Education Math and English Teacher at Provo High School, was nominated due to his loving nature and ability to adapt his teaching to meet student needs. Mr. Pope says that once he finds the best method “a light goes on” and he can see that his students are starting to learn.

Educator of the Week

Boe Bogdin, a Sophomore at Provo High School, was nominated due to his hard work and friendliness to those around him. Boe was the Sophomore Class President for this past school year and is considered someone who is a friend to everyone. Boe is known for the hard work he puts into his school work, with his favorite subjects being Student Government and Leadership.

Thanks to these individuals for the great attitudes and examples they bring into our school district. We are lucky to have such outstanding individuals within our schools.