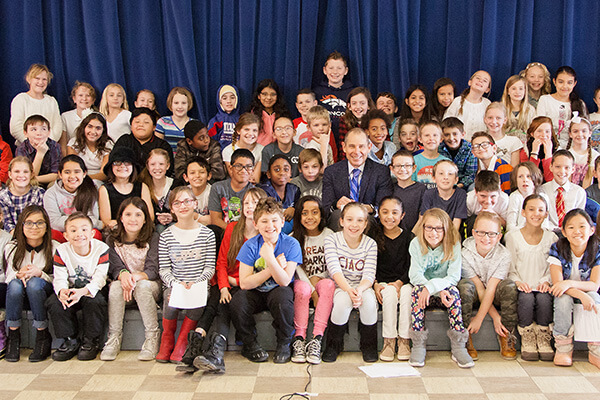 Provo City Mayor John Curtis visited Edgemont Elementary earlier today to discuss kindness and the importance of being a good citizen. Not surprisingly, the Mayor began his visit with a flash of his famous crazy socks.

The students welcomed Mayor Curtis by singing “My Country Tis of Thee” and reciting the “I Have a Dream” speech. Afterwards the mayor talked about Martin Luther King Jr. and his great example as a citizen. He also talked about kindness and how being kind is an important part of being a good citizen.

Students then had the opportunity to ask the Mayor various questions about his life and occupation. Edgemont students were overjoyed with the Mayor’s visit and learned a lot about being a good citizen, kindness, and the occupation of a Mayor.