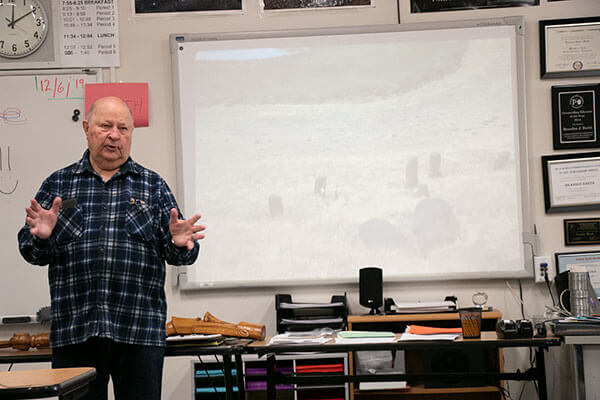 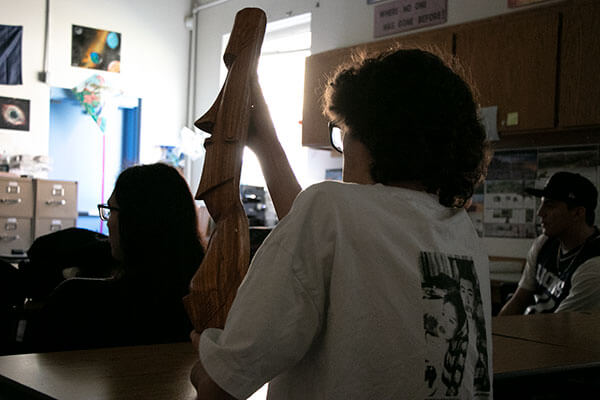 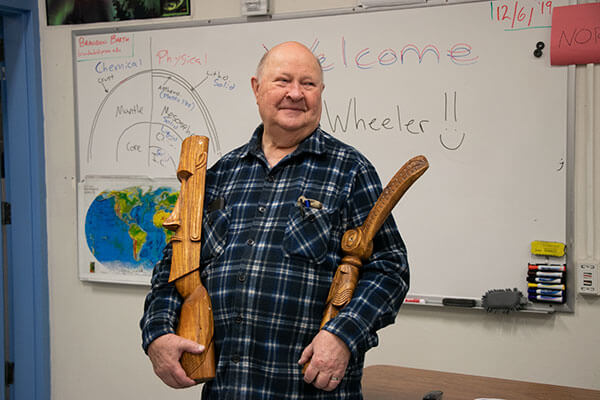 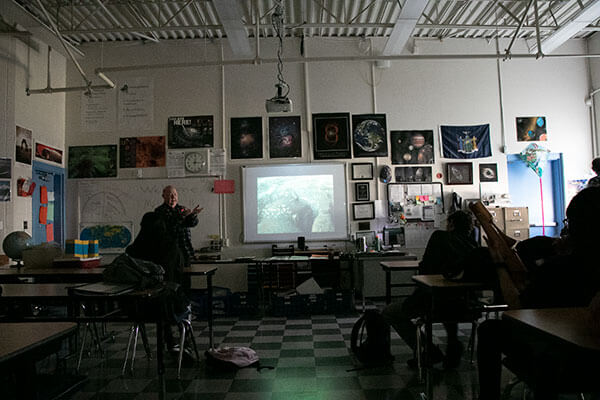 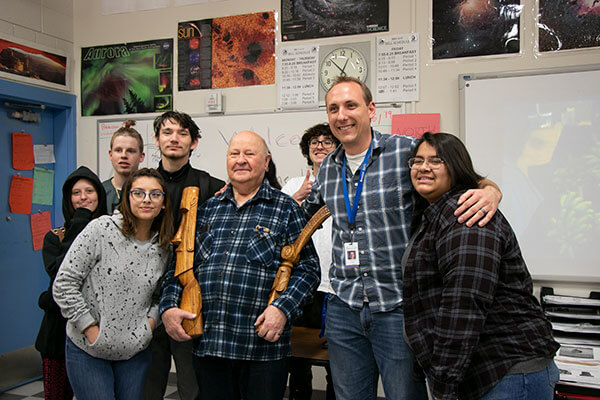 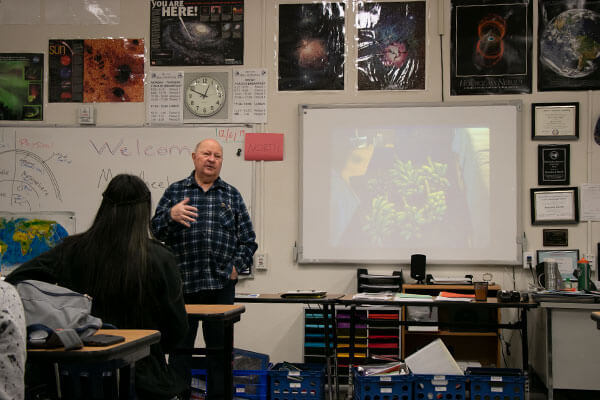 Students in Brandon Barth’s Environment Science class were in for a special treat today when they were able to hear from a visitor who once lived on Easter Island.

Bob Wheeler, a Independence student’s grandfather, was stationed to live on Easter Island from 1969-1970 as part of an assignment in the United States Military. The assignment was previously classified, but Bob was able to share (now that it’s declassified) with the class that he was there as part of nuclear detection.

This presentation went right along with the current curriculum in the environmental science class. They have been learning about the causes and effects of human population growth in the last 200 years. Easter Island was one instance that they discussed in class, as they talked about how it is an example of exponential growth, overusing resources and a tragic collapse. When one of the students told their Grandfather what they were learning in class, he reached out to Brandon Barth and asked if he could come in and share his Easter Island experiences.

Overall, it was a fascinating presentation that enthralled both students and teachers alike. It was a great experience to have students hear what life on Easter Island is like from an individual who experienced it firsthand and was so willing to share his experiences.