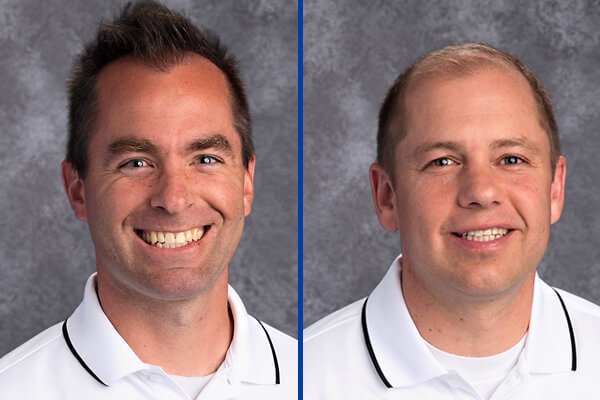 Jacob Griffin has been in education for 10 years.  Graduating with a bachelors in Biological Sciences Teaching from Brigham Young University, he proceeded to find his niche in the middle school setting.  Specializing in initiatives that introduced standards based grading, competency based education, and short cycle formative assessment to the middle school where he worked, Jacob is passionate about allowing the students to take accountability for their own learning.  In 2013 Jacob graduated from Brigham Young University again, this time with a Masters of Education focusing on Educational Leadership.  His work with Independence High School began right away and has illustrated how an administration and staff can cooperate and coordinate intense interventions to help highly at-risk students reach their potential.  He continues to work hard to advocate for alternative education and effective teaching practices across the Wasatch Front.

Clint Wolfe has served as the Dean of Students of Independence High School for the past two years. Prior to this Clint was a school social worker for several schools in Provo City School District. He also worked as a school social worker for Summit Academy Charter School and was their district PBIS coach. Previous to working for Provo School District, Clint worked as a Therapist for LDS Family Services. He worked with young children, teenagers, adults and as a marriage therapist.

Clint feels like he has the best job in the whole world working at Independence High School. He is passionate about helping students see and reach their potential. Clint feels that good relationships and strengthening families are key to helping students succeed. When Clint is not with his Independence family he enjoys spending time with his wife and four boys in the outdoors.

Provo City School District would like to thank Chris Sorenson for the great work he performed at Independence and in the district and wishes him well in retirement.