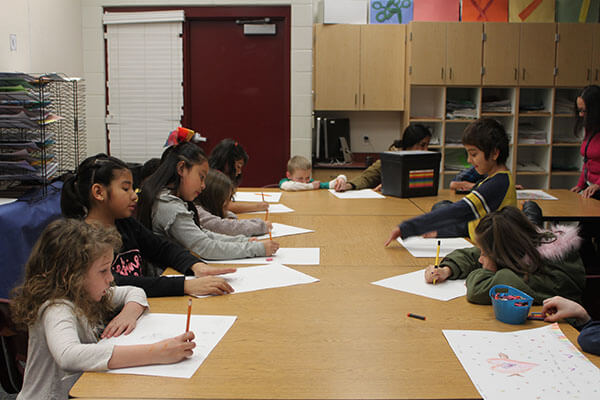 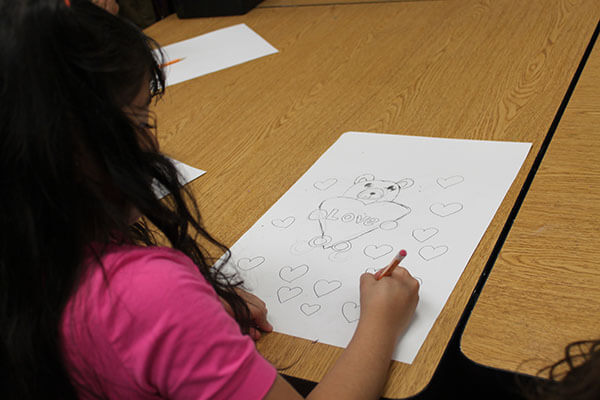 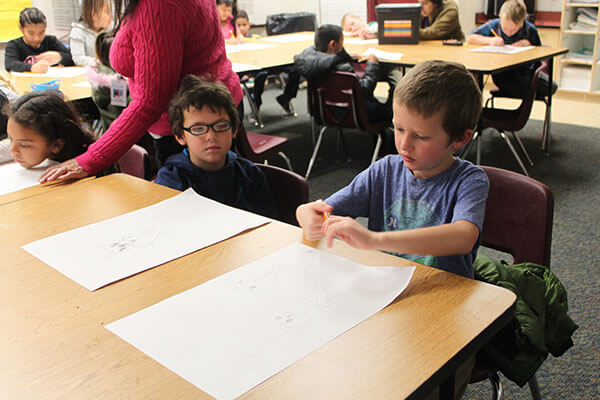 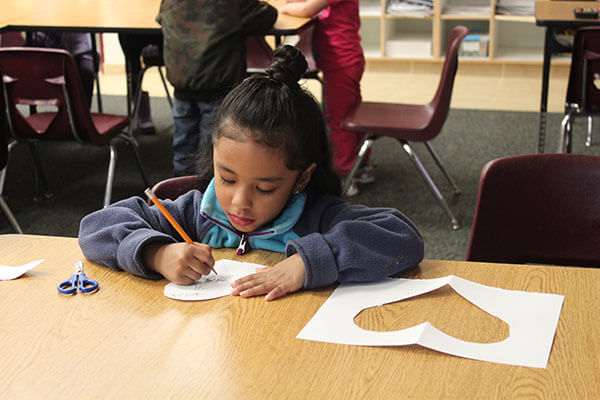 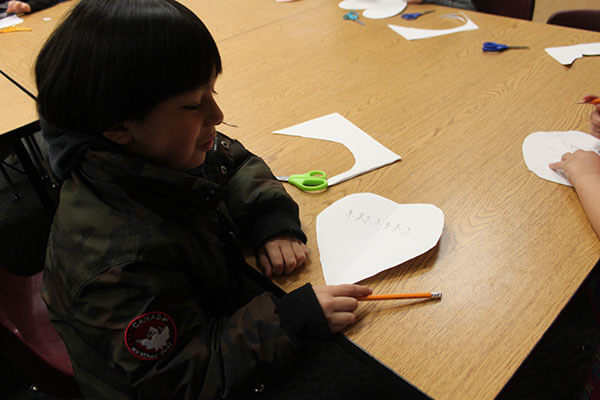 The month of February has Provo Peaks utilizing hearts and different symbols of love in their art classes.

Sueli Smith, the art instructor, focused on creating heart shapes this week. The second graders used step by step instruction to draw a bear holding a heart. They began by drawing a big heart in the middle and then focusing on the face of the bear by drawing its nose, mouth and eyes. Next, they drew the head and ears by creating zig-zag lines to make them appear like fur.They then attached the paws on the outside of the heart. Finally, they finished by coloring in their bear with different colors of crayons.

Smith reminds her students that, “It’s okay that the bears looks different from one another, just try your best.”

Meanwhile, the kindergarteners worked on another heart shaped project. They folded a paper in half, drew half a heart on the folded side, then cut out a full-sized heart.  Next, they wrote and drew pictures of different things that they love. One student, Curtis, drew Legos and his friends Tate and Molly drew their mothers.

Smith likes to incorporate the students core curriculum from their classroom into the art projects. The upper grades have been able to create diagrams for the water cycle while utilizing cause and effect worksheets.