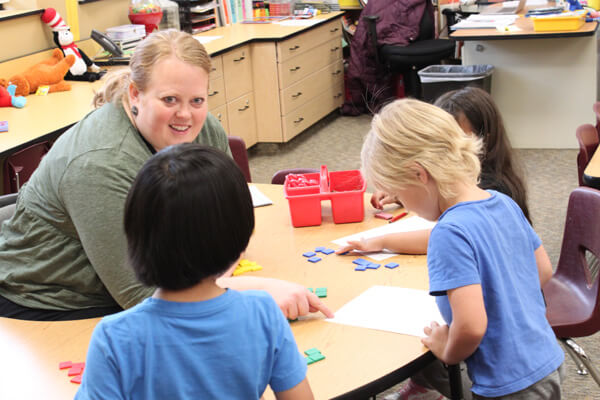 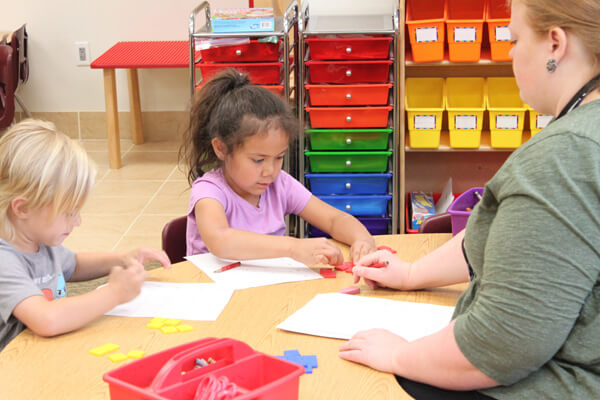 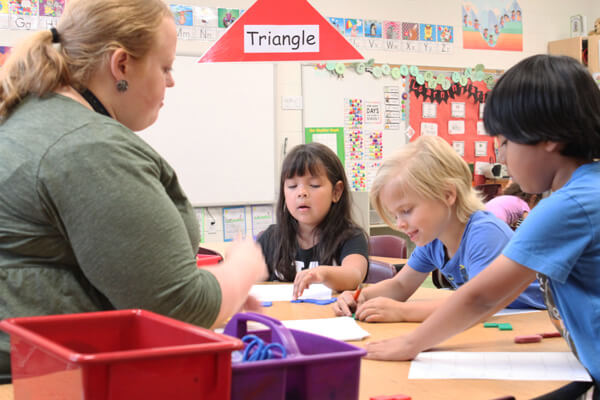 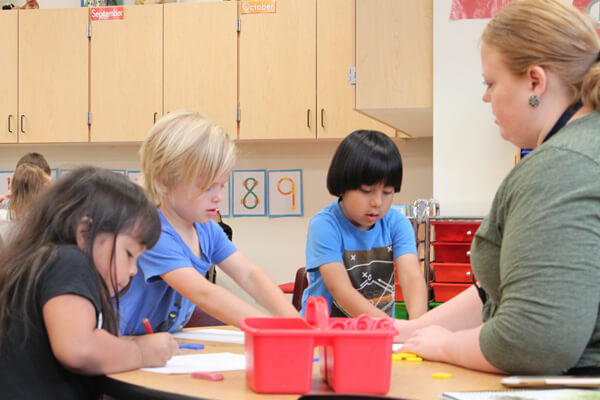 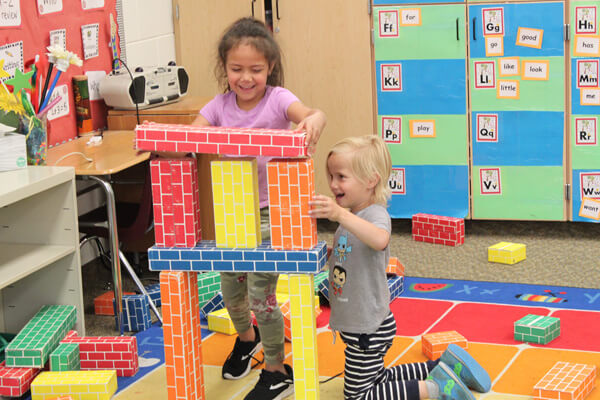 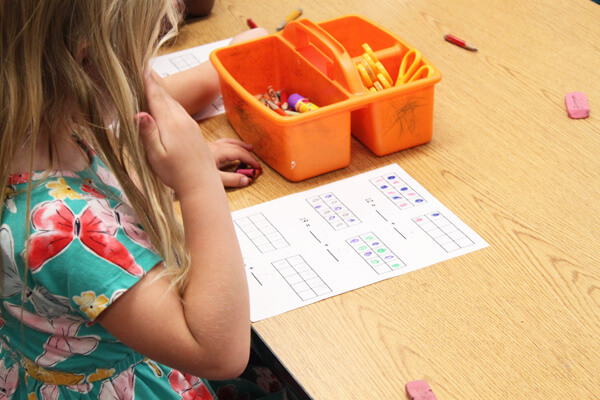 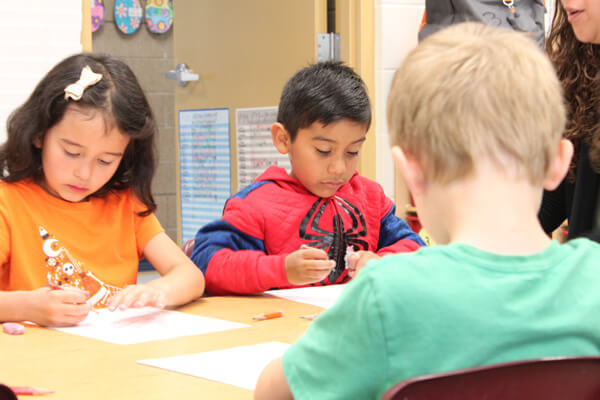 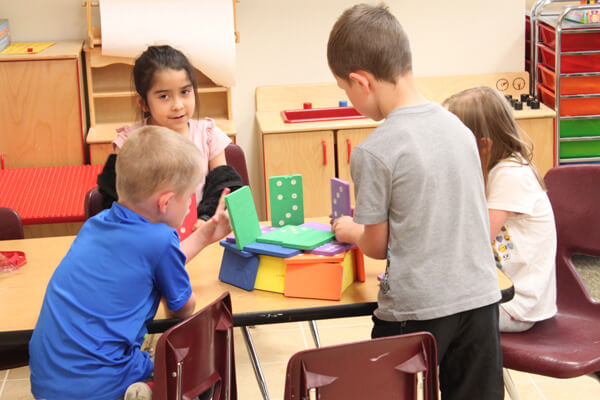 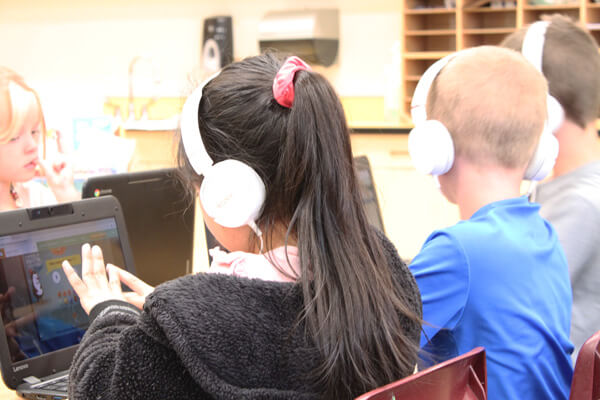 Rotating between stations, Miss Talbot’s Kindergartners are learning diverse ways to do math.

Stations with different activities were set up all around the room. Some were led by teachers and some were individual work, but all were in some way related to math. At Miss Talbot’s station, students were given a set of tiles and a piece of paper with math equations. The tasks was to group the tiles together to represent the equation on the sheet. For example, If the equation said “9 = _ + _ ” the students used the tiles to make of group of 6 and a group of 3. Then, they wrote down “6” and “3” in the blank spaces on the paper.

Other groups had similar tasks such as playing various math games on laptops and using sets of boxes that had to be colored in instead of arranging tiles. Two other groups of students were also building structures out of blocks and foam domino cubes. After a set time, the groups rotated and continued rotating until every student had visited each station.

The tasks planned for this lesson all went along with the Kindergarten core standard to “Decompose numbers less than or equal to 10 into pairs in more than one way, e.g., by using objects or drawings, and record each decomposition by a drawing or equation (e.g., 5 = 2 + 3 and 5 = 4 + 1)”.

During this lesson, Miss Talbot ensured that every student in her class, regardless of their learning style, had the opportunity to learn about addition. It is lessons such as these that help students develop the skills they need to grasp the fundamentals of arithmetic.