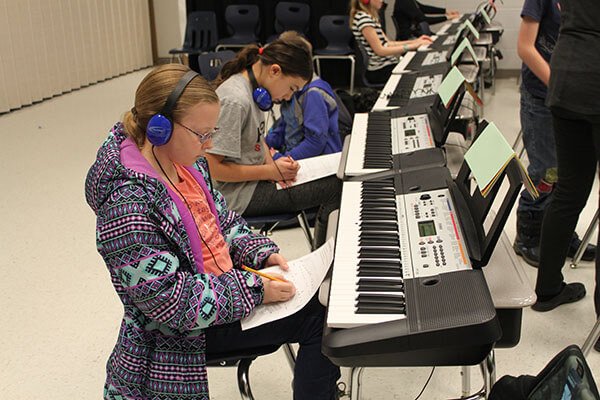 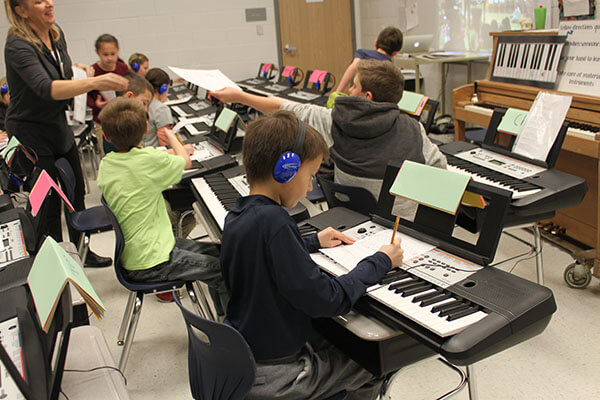 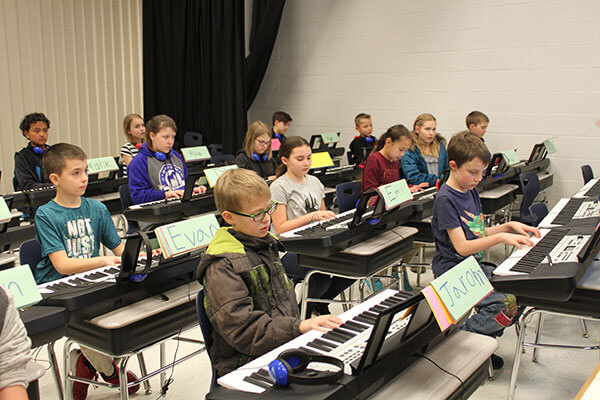 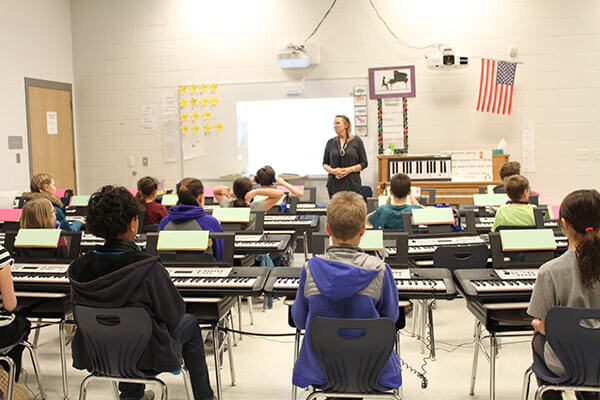 The auditorium at Sunset View Elementary fills with piano instrumentals of the Firebird Suite by composer Stravinsky. The fifth graders, in preparation for their upcoming performance, see and listen to the expressions of the piece.

Sharon Fletcher, the music instructor for grades third through sixth, tells her students the significance of the piece and how the Russian firebird in it rises to become a hero. She tells the class to listen for the firebird. Fletcher then goes through the class and plays a piece from Mozart, once with no expression and once with complete attention to her expressions. The students mention that the music not only sounds better, but you can hear more of the music – it’s louder with confidence.

In 3 weeks, the third, fourth, fifth and sixth graders will get the opportunity to perform for their classmates during an in-school concert. The students are preparing for the concert through practicing their note reading, perfecting the basic pentatonic scales and learning to play as an ensemble. In class, they continue to learn a new piece titled, “Rain Come Wet Me”.

Fletchers says, “Expressing yourself through the arts is awesome, it is good for you and for the culture.”

As the students get concert-ready, they are able to utilize team building skills by performing as a class. The piano bar music program allows them to transpose music and play with the chords, which exposes them to more playing time.