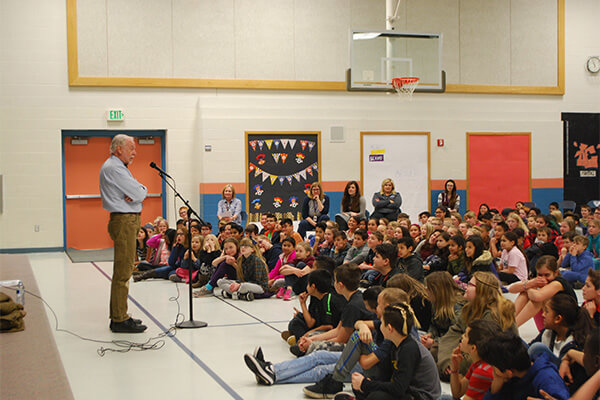 Students at Amelia Earhart smiled and giggled as they listened to a story told by a famous storyteller at their assembly on Friday.

The storyteller, Donald Davis, is known as one of the best storytellers in the country. He has recorded over 30 albums and written 18 books. He has toured around the United States, bringing joy and laughter to many- including the students at Amelia Earhart.

All of the students and adults thoroughly enjoyed listening to the hilarious stories told by this great storyteller. One group of students was lucky enough to participate in a workshop with Donald Davis following the assembly.

Thank you to Donald for visiting our school and making the students’ morning a little brighter than usual. 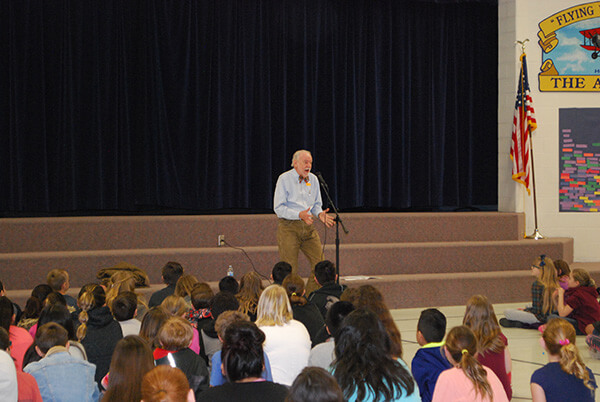 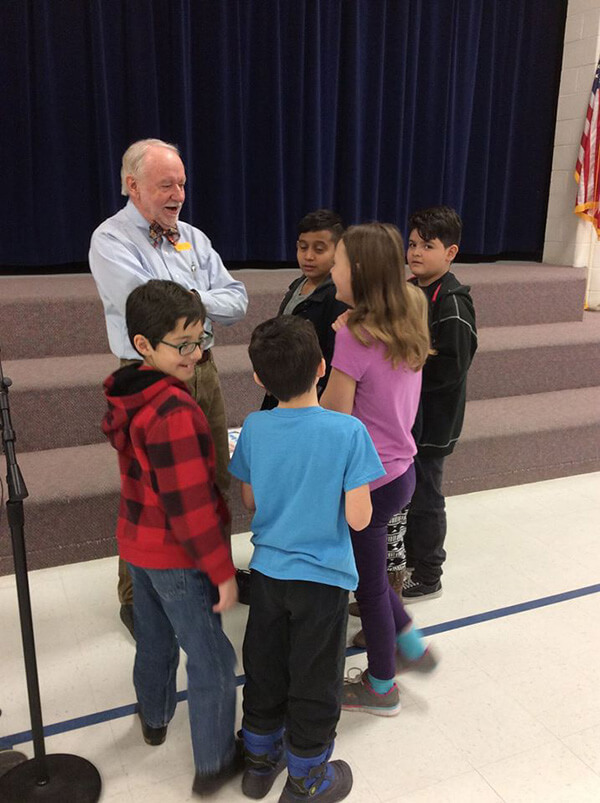