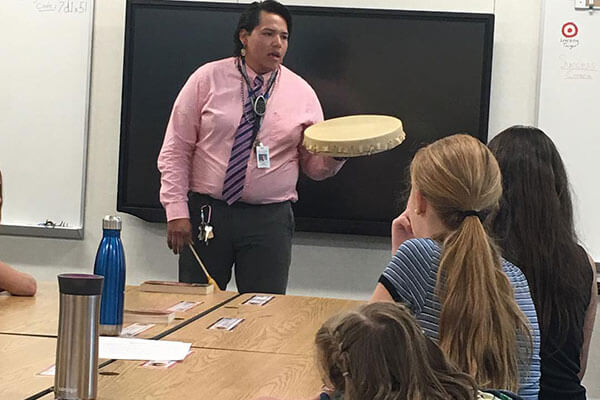 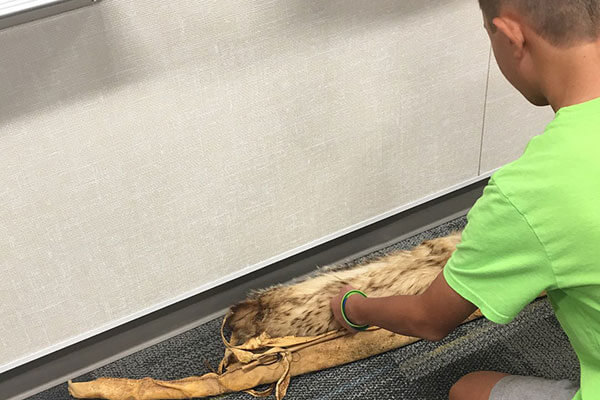 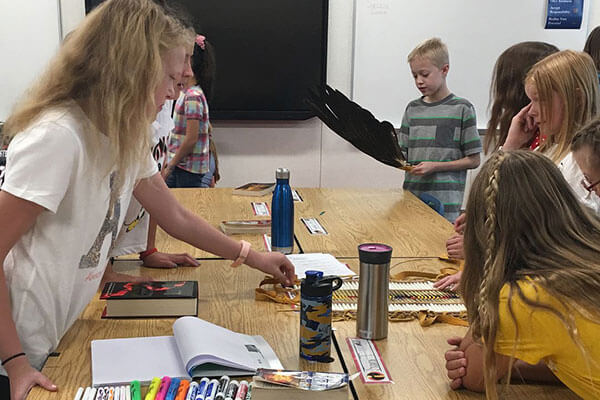 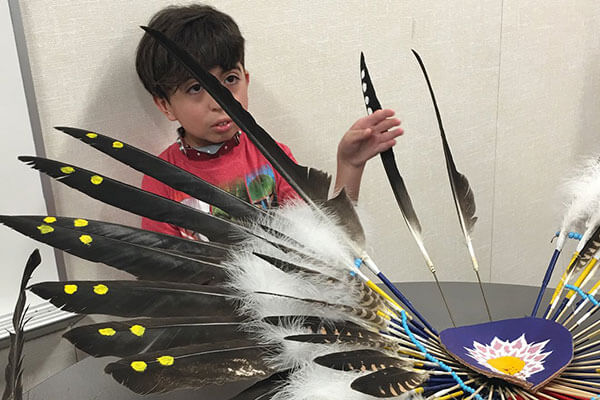 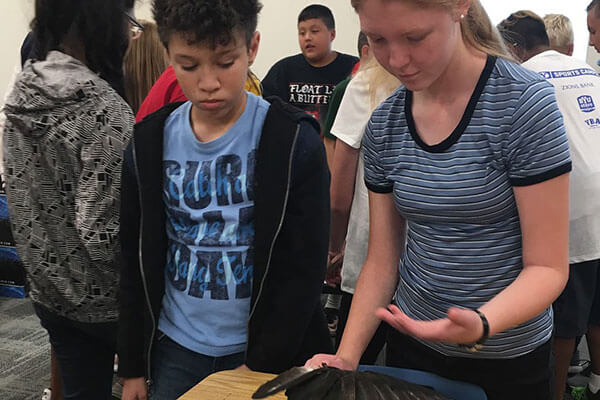 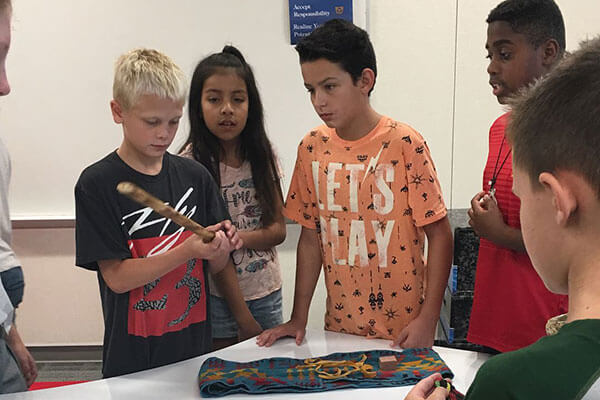 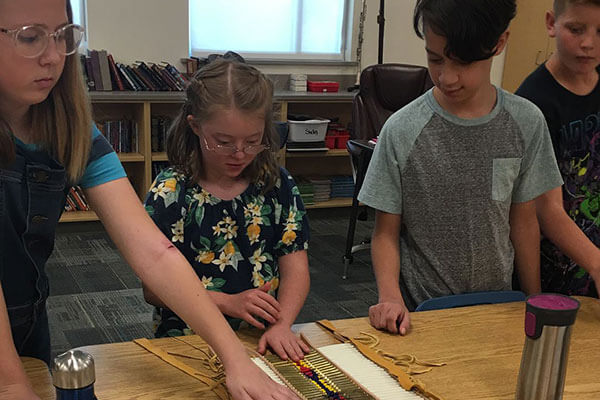 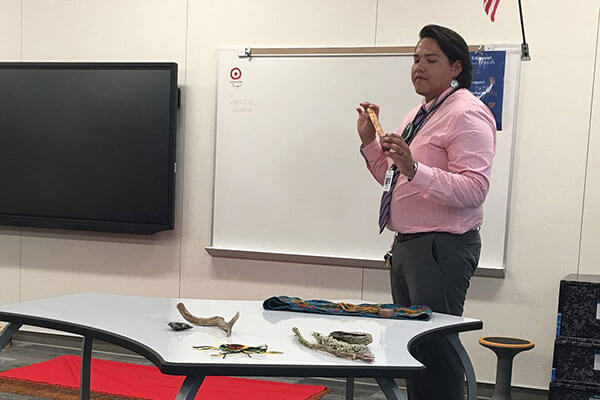 Joseph Runs Through, a 6th grade teacher from Edgemont Elementary, provided students with an amazing interactive lesson during the first week of school. Through a hands-on activity, students learned about Native American Tribes, specifically the Nakoda.

To enhance their learning, Joseph allowed students to touch and inspect various Native American items, with a special caution to treat each item with respect. Heeding his counsel, students carefully examined items including a peace pipe, a bow and arrow, breastplates and many other traditional items of clothing.

During their inspection students were asked to make guesses as to what each item was used for, which they then shared as a class. Joseph guided a discussion to further explain to students the physical and spiritual meaning behind the items.

As the lesson continued, students learned more about symbolism, songs and stories of various tribes. Overall, students gained more respect and a better insight into the Native American culture.