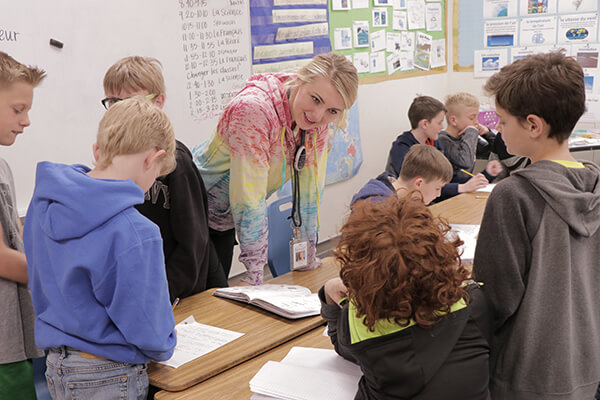 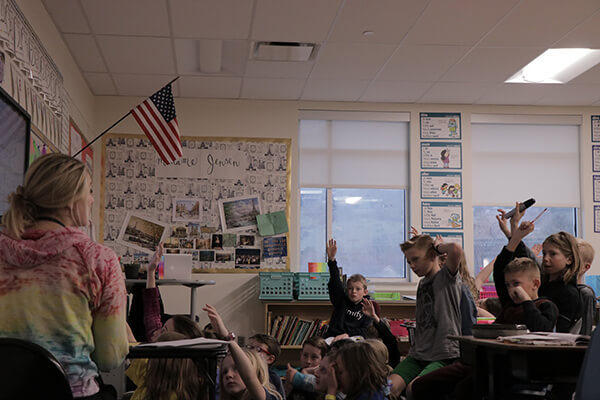 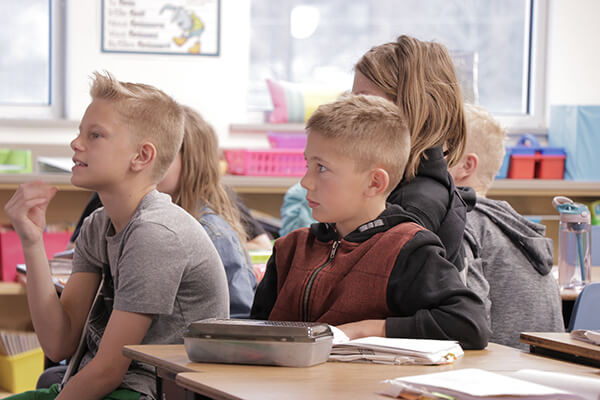 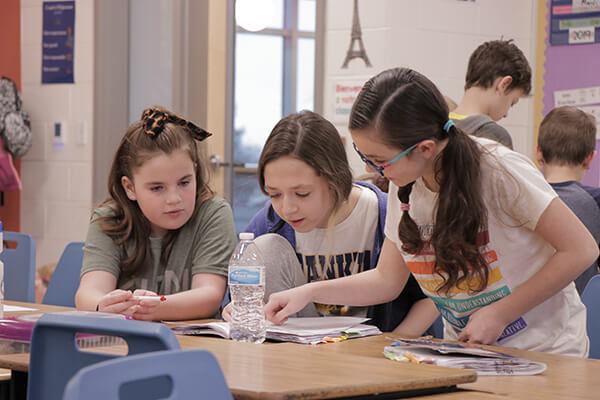 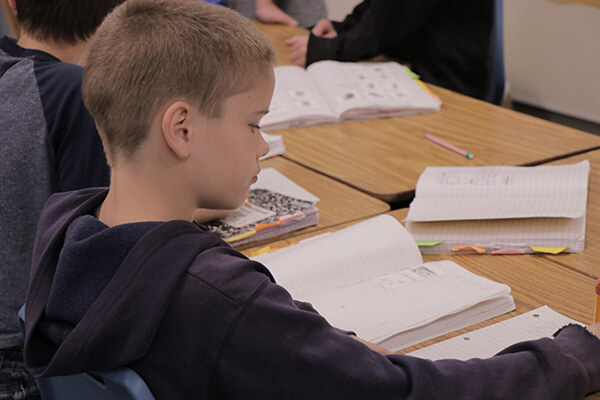 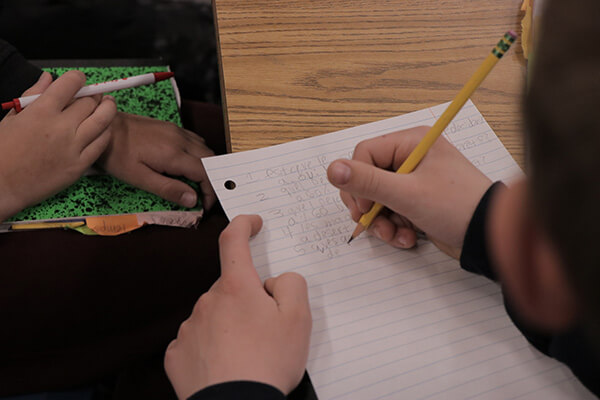 During this lesson, the students were studying about the different habitats and ecology found in the local Utah area. The teacher, Mrs. Jensen, was quizzing the class and asking them multiple choice questions about what types of animals live in different biomes. To implement both English and French, she was asking the questions (which were written in English) in French and having the class respond in French.  After some of the questions, she had some students elaborate more on what the question was asking, using their French.

In order to solidify the ideas of the lesson, she also had the students write down their own questions, in French, about Utah’s ecology. The students will use later these questions in an interactive quiz game called “Kahoot”! By having the students create these quizzes, Mrs. Jensen was able to check for understanding as she walked around the classroom observing and answering questions. During this time, the students were able to practice writing in French, as well as answer each other’s questions using their French.

Mrs. Jensen helped the students to better understand the relationship between a foreign language and English.  She was able to do this through giving them real life examples of how to take something written in English and be able to convert an answer into French, all without any form of reference.

This form of learning is unique and, while it may have its difficulties, Mrs. Jensen prepared a great lesson that integrated French and science together in a way that the students could understand and apply the core concepts into their own lives.