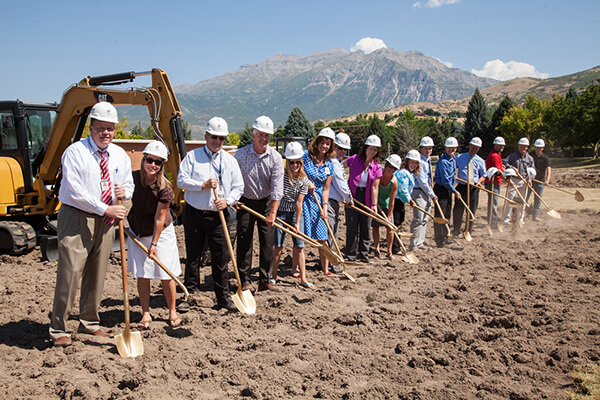 Edgemont Elementary held it’s groundbreaking ceremony Monday. There was a good turn out despite the heat. Edgemont students took part in the ceremony by launching balloons into the air. After the program, those in attendance had a chance to dig in the ground and check out the construction site. The Edgemont community showed their support and excitement at the building of their new elementary school.