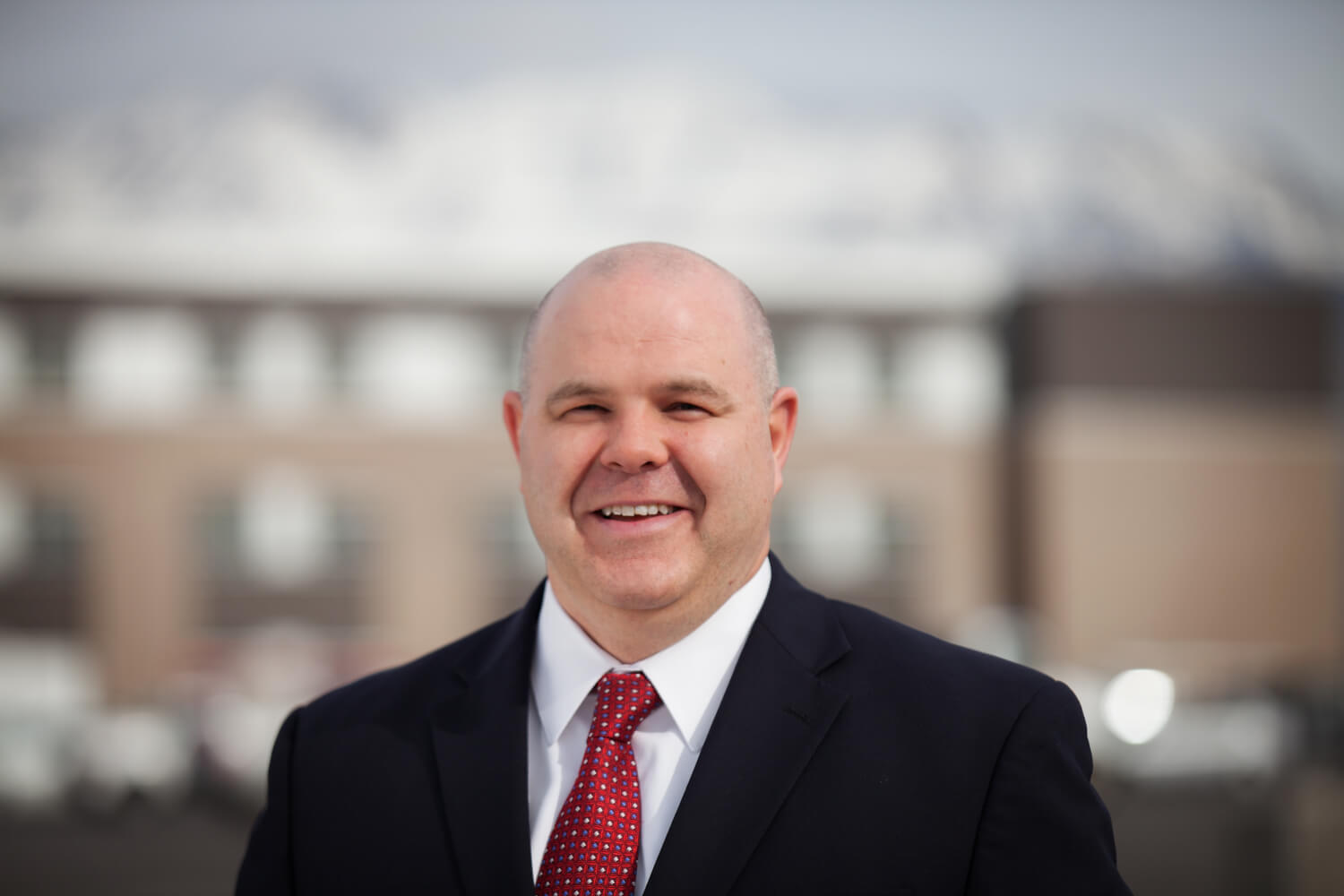 Boyd McAffee has been named the Principal at Provo High School. He has been serving as the interim principal since June 2017.  Interviews for the position were held on Tuesday, January 23 and a community forum was held on Thursday, January 25 to allow the Provo High community the opportunity to meet the two finalists.  Principal McAffee was very well received at this forum.

Born in Provo and raised in Orem, Boyd has lived in Provo for the past 20 years. Boyd attended BYU where he earned a Bachelors Degree and a Masters Degree in Educational Leadership from BYU.  He is endorsed to teach English Language Arts, Social Studies and English as Second Language. Boyd began his education career in 2002 by teaching English and Social Studies at Independence High School, after which he was named assistant principal at Independence High in 2007 as a Teacher on Administrative Assignment. From 2009 to 2010, he completed administrative  internships at Spanish Fork High School, Dixon Middle School and Spring Creek Elementary School.  Boyd then taught English Language Arts at Provo High School during the 2010-2011 school year. He was selected as the assistant principal of Centennial Middle School in the fall of 2011 before becoming an assistant principal at Provo High School in 2012.   During this time, Boyd was nominated for Assistant Principal of the Year by the Utah Association of Secondary Principals.

Boyd has been awarded with many accomplishments during his time as an educator. He received PCSD’s Provo Way Award (2015), the PCSD Foundation’s Building on Excellence award (2011), BYU Leadership Preparation Program Sabbatical and Sponsorship Award (2009), Provo Education Association Teacher of the Year (2005) and Independence High School PTA Golden Apple Award (2004).

Boyd is honored to participate in the long tradition of excellence at Provo High School.