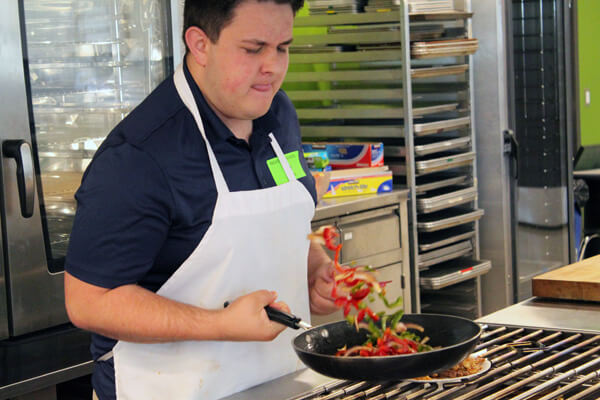 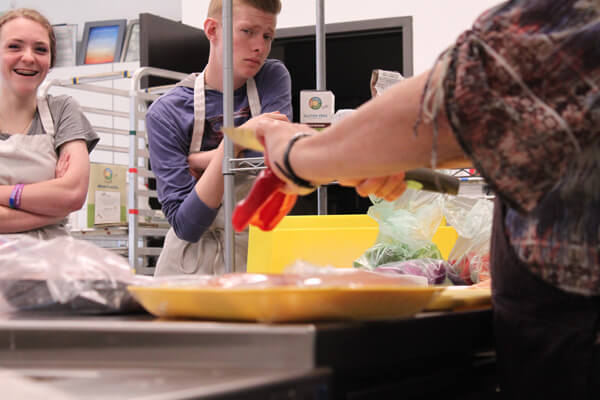 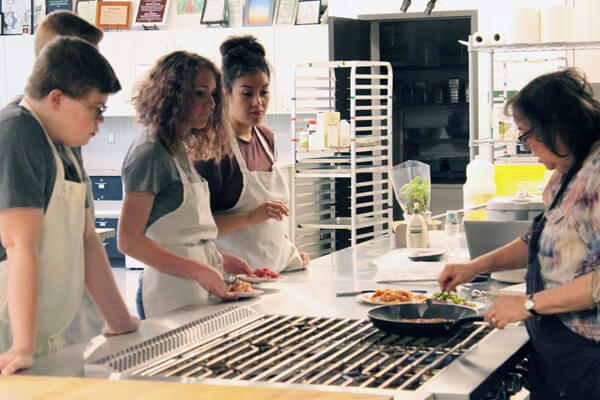 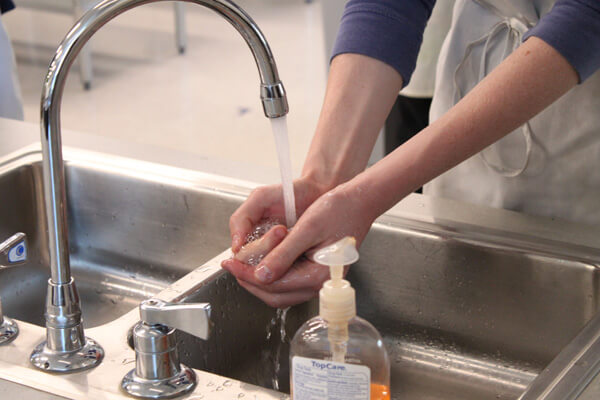 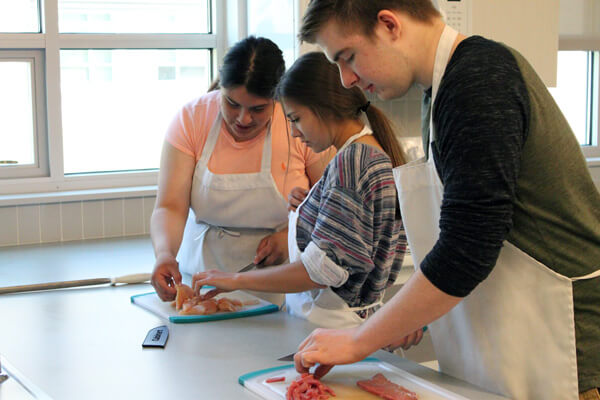 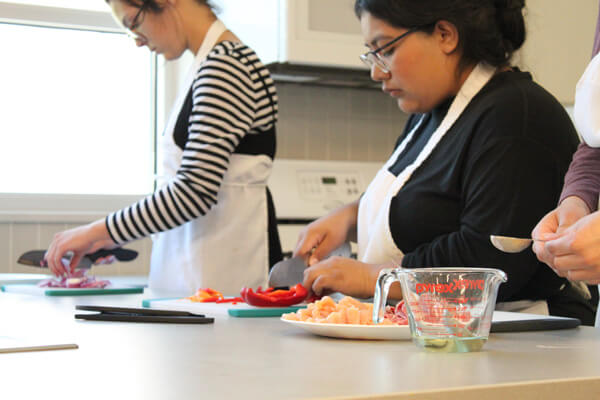 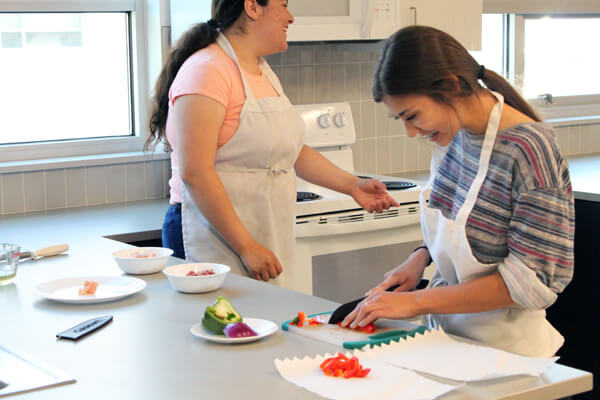 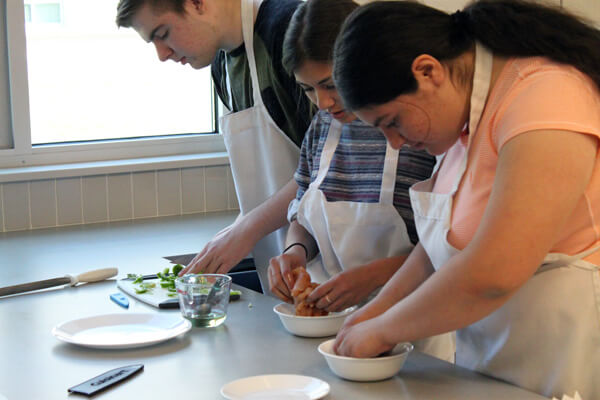 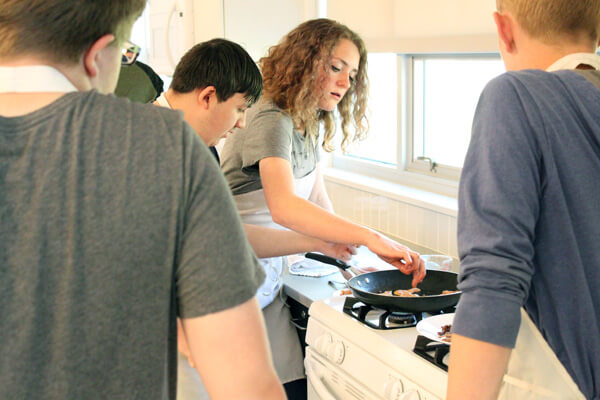 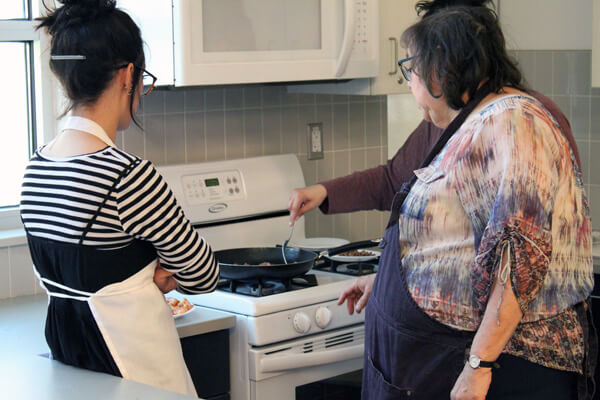 Something is cooking in Mrs. Cluff’s Foods class and it looks delicious!

With a small class of about 12 students, Mrs. Cluff was up close and personal with her demonstration. The students gathered around the grill to get a front row seat to watch Mrs. Cluff cook. The meal was fajitas and they turned out to be more complicated than first appear. The students watched as Mrs. Cluff demonstrated how to cut the meat, slice the veggies and massage the spices into the meat. Once she had concluded her demonstration, it was time for the students to start cooking.

The class split off into groups of about 3 or 4. Each washed their hands, picked up a knife and started to chop. As students cut their meat, Mrs. Cluff was preparing the next part of the meal. Once all of the meat and veggies were cut, students gathered around again to watch the next step of the cooking process. Mrs. Cluff then had the class cook the steak first, then the chicken and finally the veggies. Once it was all cooked, they added some cheese, sour cream and some cilantro. They completed the meal as they rolled everything up in tortillas and enjoyed the fruits of their labor.

Mrs. Cluff prepared a simple and detailed demonstration for her students. The techniques taught in this Foods class are ones the students can take with them for the rest of their lives. Due to Mrs. Cluff’s excellent instruction, Provo High students will now have a basis to develop their own future cooking abilities. 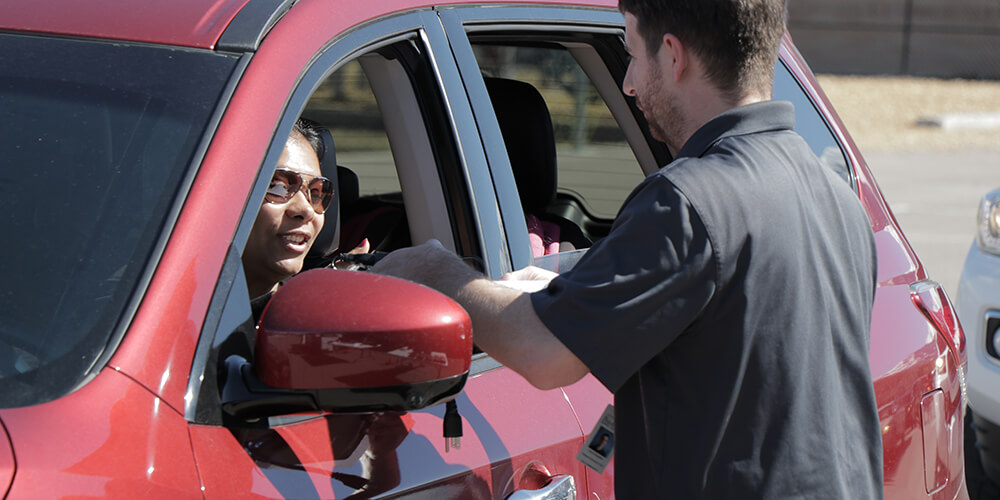 As we celebrate National IT Professionals Day we want to reflect back and commemorate the efforts... 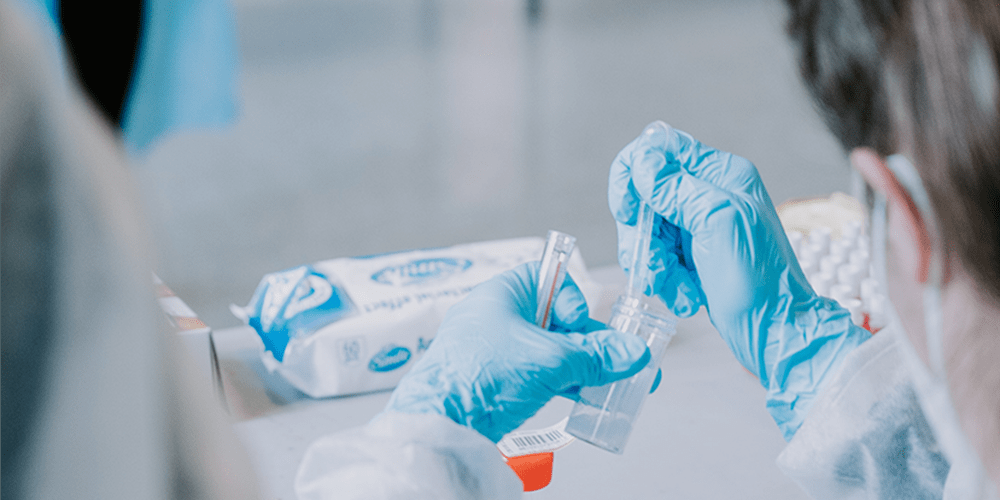 The following guidelines have been issued by the Utah County Health Department and will be...