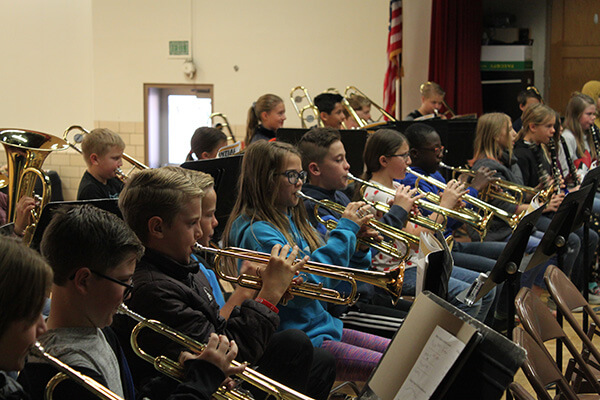 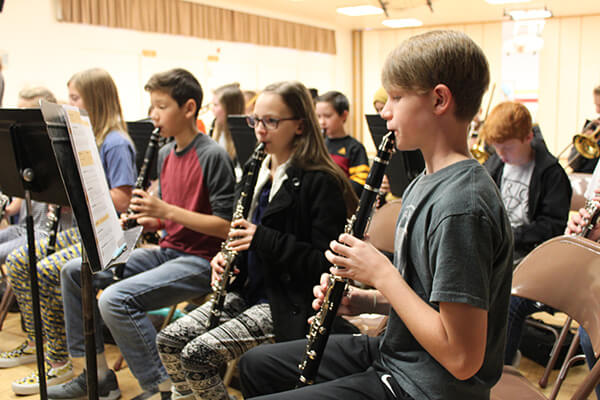 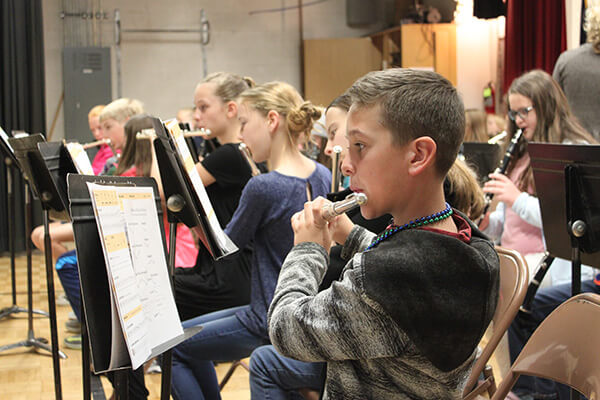 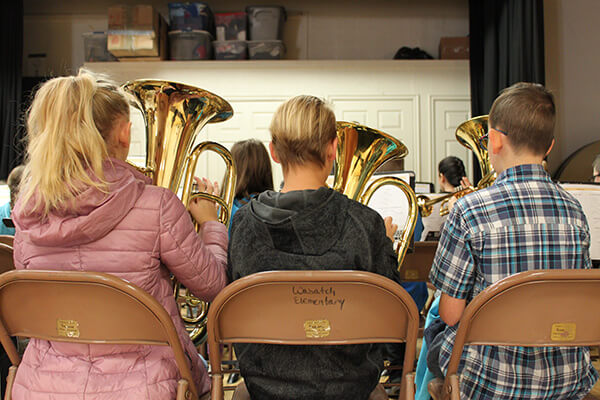 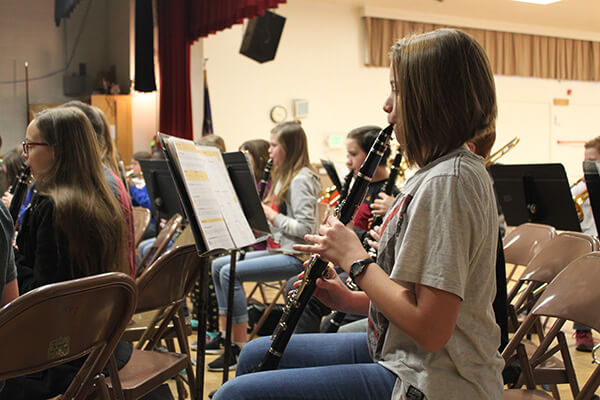 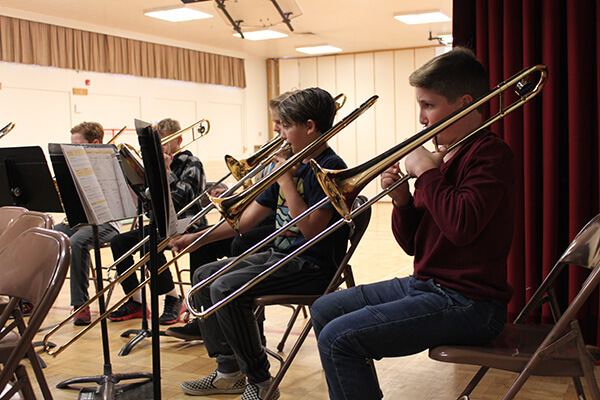 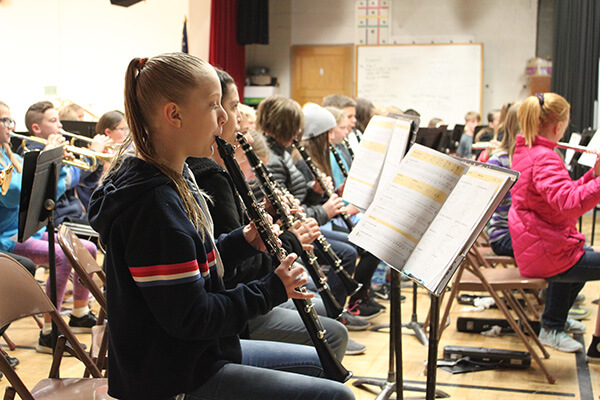 The sounds of trombones, trumpets, euphoniums, flutes and clarinets fill the halls of Wasatch Elementary as the sixth graders participate in band practice. Twice a week, Whitney Werner, the district elementary band teacher, comes to visit these students and teach them the basics of music.

During practice, nearly 60 sixth graders gather together on the stage in the gym to hone in on their musical abilities. As they begin, the students practice different lines from songs such as “Hot Cross Buns” and “Mary had a Little Lamb”. Even though this is the first time playing an instrument for many of these sixth graders, they catch on quickly and make great improvement.

The students remain focused as Werner circles the stage, keeping time by tapping on a block. According to Werner, she loves teaching beginners because they are so excited about playing a new instrument. She also appreciates when the students work hard and things start to “click” in their heads.

As practice continues, the hope is for the sixth graders to be able to play the “Star Wars” theme song at the end of the year. The students are also working toward two performances, one in January and one in May. We wish them well as they learn more about music each week.